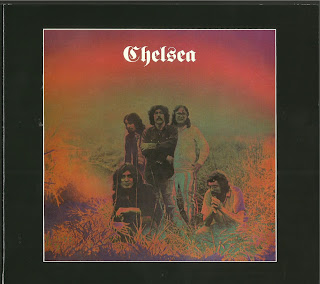 Chelsea was a band from New York City, best known for the presence of the drummer Peter Criss before he joined Kiss.  In late 1968 the band managed to secure a 2 record deal on Decca Records, distributed via MCA. When the first album was released it did so poorly that Aridas quit. Michael Benvenga had been in "The Wall" which played the Brooklyn music scene prior to Chelsea, but the other member's pedigree's are unknown. It would not be surprising if Shepley/Brand had not worked together prior to Chelsea.

The opening track, "Rollin' Along" is very representative of the lack of musical direction (or perhaps, "cohesiveness" is more appropriate) on the album. The song is split nearly in half into two distinctive styles: the first acoustic and mellow, and the second electric and somewhat aggressive.

“ Hard Rock Music” appearing on the album it was the sole track from the band appearing on the MCA "Sound Conspiracy" album. This sampler even saw release in Australia (Decca COP/S 4524) with a slightly altered cover, though nothing could help sell product that just didn't stand out.

The back cover sampler details a brief bio on the band, which states: "Lewis Merenstein, who produces Van Morrison, Bill Rose, and Turley Richards, among others, produced this first album by the New York based group. The LP was recorded in part at the late Jimi Hendrix's Electric Lady Studios. Backing the group on the album is John Cale, formerly of the Velvet Underground and now out on his own

“ Ophelia”  would be promoted as a "calypso" sounding piece. That both pre-Kiss bands that recorded albums, Chelsea and Wicked Lester, included songs with "Ophelia" in their titles is coincidental. As far as Chelsea's song goes, it would be too easy to read Shakespearian "Hamlet" overtones from lyrics which go: "I thought I had you in the palm of my hand" and "how could you leave me I don't understand." In "Hamlet" Ophelia spurns the love of Hamlet at the request of her father. Hamlet then goes mad and Ophelia is asked to reconcile with him in hopes of restoring his sanity. Instead, Hamlet kills Ophelia's father. That brief prιcis of Ophelia's character in "Hamlet" does really not do the work justice....

“ Long River” One of the two tracks to feature ex-Velvet Underground's John Cale on viola. With both the Velvet Underground and Chelsea playing at the legendary Ungano's club, on West 70th in Manhattan, and producer Lewis Merenstein's connections to Velvet, it is likely that this is how the two parties became associated. The track is 6:41 and has more of a Creedence Clearwater Revival style.

“Polly Von”  is a traditional Anglo (with a suggestive Celtic past) folk song about love, pain, murder, and betrayal. It has been recorded by the likes of Frankie Armstrong, Harry Cox, and, most famously, Peter, Paul and Mary, on their third, and landmark, "In The Wind" (Warner Bros. WB-1507) album, which was released in late September 1963. That version of the song had an arrangement attributed to Peter Yarrow, "Noel" Paul Stookey, and Mary Travers - In other words, the group. This is much the same as the credit for the 4:48 arrangement on the Chelsea album: Chelsea's version does not really vary much from the form that was popular on the folk scene of the 1960s: However, the Chelsea arrangement does change the song from third to first person and moves the chorus in parts and also skips a final verse. The Chelsea recording features strings arranged by Larry Fallon.

Differing arrangements have been presented for decades on the basic theme of the piece, and variations of the piece date back centuries, having appeared in print as early as 1772. Other titles for the piece, including variants and alternative titles include "Polly Vaughn," "At the Setting of the Sun," "The Shooting of his Dear," "Young Molly Ban," "Molly Banding," "Molly Bawn," and "Molly Bond" throughout most Anglo-speaking countries.

“ Good Company” the second track that features John Cale on viola, it’s little more than a short jam piece to close out the album. It is essentially the repetition of the same verse several times: "Good company makes me smile / Downright open all the while / Downright country all the time / Good company, yeah / Bound to make me smile".
Kissfaq 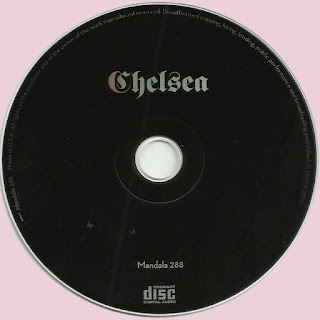 Free Text
Just Paste
Posted by Marios at 11:02 AM 6 comments: