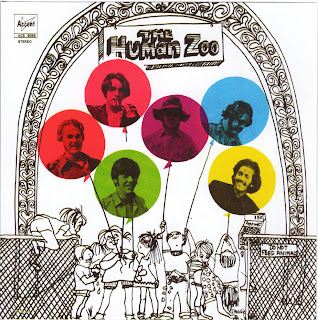 Originally known as The Circus, The Human Zoo were a rock band from Westminster, California. Featuring Jim Cunningham and Roy Young on vocals, John Luzadder on guitar, Larry Hanson on guitar and keyboards, Bob Dalrymple on bass and Kim Vydaremy on drums, the group was discovered by Jim Foster, guitarist with the Los Angeles-based psychedelic band The Human Expression, whose single "Optical Sound" had been a regional hit.

On Foster's suggestion, the band changed their name from The Circus to The Human Zoo and they landed a recording deal with Accent Records, a small label based out of Hollywood. While Accent released their debut album in 1970, it was pressed in very small quantities; it's been speculated that the label's management believed the group had the potential to be signed to a larger label and pressed the LP primarily as a promoti... 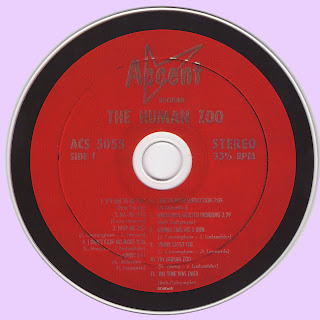 Free Text
Text Host
Posted by Marios at 4:00 AM 4 comments: