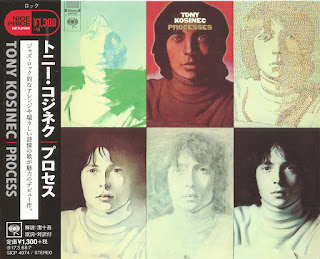 Singer/songwriter Tony Kosinec began his long recording career in 1969 with the album Processes, and the single "Simple Emotion." Both were released under the Columbia Records label. More albums followed through the next two decades, with at least one album being reissued in the '90s. When the new millennium rolled around, Kosinec was still on the music scene, writing scores for television shows like Joan of Arc, a mini-series on CBS.

Raised in Toronto, Canada, Kosinec really began his professional musical career in the United States. In places like New York, he landed spots opening for popular acts at the time like Blood, Sweat & Tears. Those early gigs in the '60s gave Kosinec the chance to learn his craft, and to begin to build a fan base of his own. He had some success with his debut album, and with the sophomore, Bad Girl Songs, released in 1970. His third album, Consider the Heart, brought him his first big triumph with the hit single "All Things Come From God."

Although a number of recordings followed through the '70s and into the '80s, Kosinec also found other outlets for his creative energy, doing some acting now and then, and spending a lot of time writing jingles, even the theme song for the Toronto Blue Jays baseball team.

In 1998, Bad Girl Songs was re-released. A few of the tracks from the album are "I Use Her," "Come and Go," "The Sun Wants Me to Love You," "Dinner Time," "The World Still," and "Me and My Friends." A couple of years later, Kosinec began work on some new songs for an album, as well as pulling together some old songs for what he hoped to be a "best-of" collection.
by Charlotte Dillon 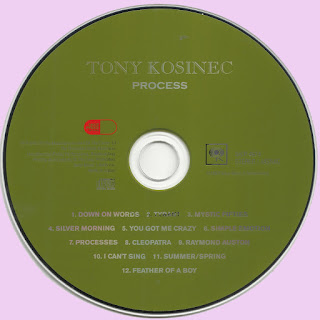 Free Text
Just Paste
Posted by Marios at 6:47 AM 4 comments: