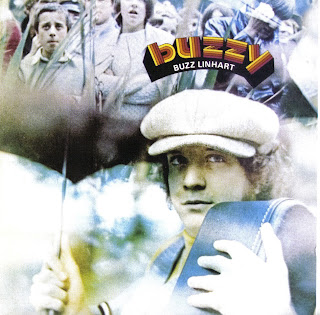 A veteran of the New York coffee house circuit who went on to record with Jimi Hendrix, Buzz Linhart recorded this classic debut in London in 1968. Featuring backing from Welsh psychedelic favourites the Eyes Of Blue, it’s a superb collection of acid-influenced folk and pop, including the epic, sitar-tinged raga Sing Joy, and is sure to appeal to all fans of hippie singer-songwriting.

“Buzz Linhart came out of the legendary Greenwich Village coffee-house period of the early to middle 60s, when Tim Hardin, Fred Neil and John Sebastian (amongst many others) were finding themselves, influencing others, and being influenced (as often as not by each other). It was a period of hanging out, of song-writing, of soaking in everything from folk to blues to rock.

Like Fred Neil, who taught him a lot, Linhart has a strong, gritty, emotional voice. Like Hardin, his life has been racked with almost insurmountable personal problems, and his voice and lyrics reflect it. In 1968, after a long absence and with many of the personal problems apparently solved, he made some brief appearances in New York, where critical reaction was consistently favourable. He’s also much sought after as a sidesman on vibes” - Lillian Roxon’s Rock Encyclopedia, 1969

Buzzy Linhart was born to musical parents in Pittsburgh, Pennsylvania on March 3rd 1943. He was already a multi-instrumentalist by the time he left high school, and after an unproductive stint in the US Navy, he gravitated towards Florida in 1962 (where he hooked up with Fred Neil), and then to New York. In Greenwich Village he roomed with John Sebastian and played in the same clubs as future luminaries such as Bob Dylan, Tim Hardin and David Crosby.

As well as playing folk, however, Linhart also developed an interest in Indian music well before it entered the mainstream, honing his raga skills in late-night jam sessions at legendary venues including the Night Owl and the Cafe Wha? After a quartet he’d formed, the Seventh Sons, didn’t work out (though they recorded a superb, visionary LP for ESP), he impressed hitmaker Mitch Ryder sufficiently to be invited to travel to Europe as his opening act. In London he hooked up with producer Lou Reizner (for whom he’d recorded some demos in New York, and who was now Mercury’s UK A&R chief) and soon arranged to cut his debut LP.

Buzzy was recorded in October 1968, with backing from Welsh psych-rockers the Eyes of Blue. As 16 magazine put it that November: ‘It’s finally beginning to happen for super-talented singer-composer Buzz Linhart. By the time you read this, he will have played (along with Mitch Ryder) the Royal Palace in Portugal, have done a tour of England, and starred for two weeks at Revolution, the Beatles’ new disco in London.’

Nonetheless, the album – a classy mixture of acid-tinged singer-songwriter fare and raga - did not fare well on its February 1969 release, prompting Linhart to return to the US. There he released a string of further LPs, as well as contributing to recordings by Jimi Hendrix, Carly Simon, Barry Manilow, Bette Midler and others, and is still playing as much as ever today. 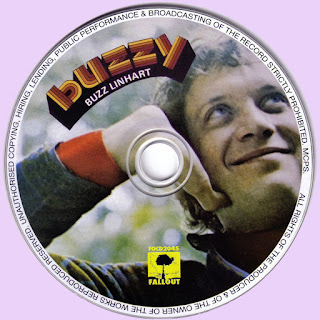