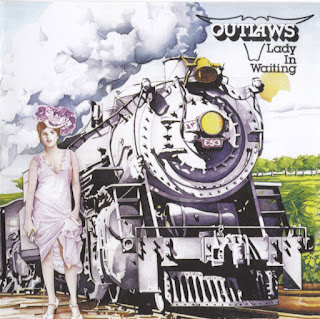 The Outlaws, a southern rock band who also incorporated strong country influences, a triple guitar attack and exquisite harmonies, first came onto the scene with their classic self titled debut album in 1975. It featured hits such as 'There Goes Another Love Song' and the live favourite 'Green Grass And High Tides'
The band had much going for them, with Hughie Thomasson, Henry Paul and Billy Jones all being skilled singers, songwriters and guitar players. 'Lady In Waiting' was their second album, issued in 1976, and serves as a fitting sequel to the well received first record. 'Breaker Breaker' is a superb slice of Eagles-like 70s country rock, while the bluegrass infused 'South Carolina' will get feet tapping in no time. A first class cover of 'Freeborn Man' and the Thomasson penned 'Just For You' are both fine examples of the band showing their southern rock roots and the supremely catchy 'Lover Boy' highlights how well the band's three vocalists blend on a chorus.
Closing out with the excellent 'Stick Around For Rock And Roll', 'Lady In Waiting' is a tremendous entry into The Outlaws discography and if you haven't got it, this reissue is well worth picking up.
The band would follow this up with 'Hurry Sundown' in 1977 and a live album in 1978. In 1979, the band would re-group after the departure of Henry Paul, who would go on to form his own band. Freddie Salem would be drafted in as a replacement and the band made the magnificent 'Playin' To Win' album, a much more rock orientated effort than their previous work. To see where the story goes net, you need the next batch of the reissues, reviewed here. In the meantime though, enjoy this sublime example of 70s Southern Rock with a country soul.
by James Gaden, March 26, 2018 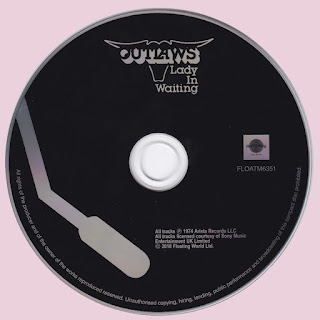 Free Text
Just Paste
Posted by Marios at 4:56 AM 3 comments: