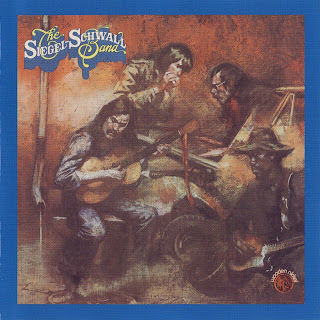 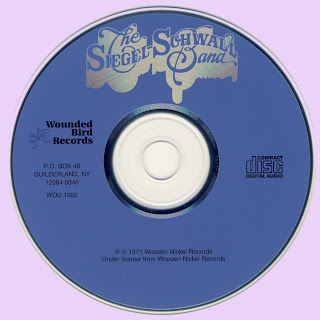 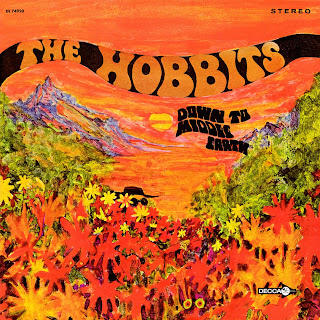 Folk-rock outfit the Hobbits was the studio project of Queens, New York-born singer/songwriter Jimmy Curtiss, who ranks as one of the more interesting footnotes in the history of rock & roll -- the rare would-be teen idol who actually wrote his own material (and did so admirably), he later expanded his reach into psychedelia and harmony-laden folk-rock, but while the subject of a small cult following, none of his records ever made a commercial dent.

Curtiss first surfaced in 1959 as a member of the doo wop combo the Enjays and issued his solo debut, "Without You," on United Artists in 1961 -- the label attempted to position him as a teen crooner in the mold of Bobby Vee or Paul Anka, but he failed to make a commercial impact. After a period working as a songwriter he dropped out of music to pursue a career in advertising before resurfacing in 1967 with the bubblegum cult classic "Psychedelic Situation," a major hit in Germany that attracted little attention at home.

Curtiss then signed to Decca, collaborating with producers Jerry Vance and Terry Phillips and songwriter Marcia Hillman on the Hobbits -- despite borrowing their name from J.R.R. Tolkien's Lord of the Rings novels and titling their 1967 debut Down to Middle Earth, the Hobbits turned out relatively straightforward sunshine pop, and the album is much sought-after by soft-psych aficionados. The follow-up, Men and Doors: The Hobbits Communicate, appeared in 1968 -- like its predecessor, the record didn't sell, and Decca terminated the contract.

Curtiss then formed his own label and production company, both dubbed Perception, and helmed an LP and three singles by the psychedelic soul act the Bag, members of which reportedly worked on the Hobbits project as well. Speaking of which, after rechristening the group the New Hobbits, Curtiss released 1969's Back From Middle Earth, essentially a solo effort. According to the liner notes in the second volume of the Soft Sounds for Gentle People series, he eventually ended up in San Francisco, going solely by the initials J.C. -- his current activities and whereabouts are unknown.
by Jason Ankeny 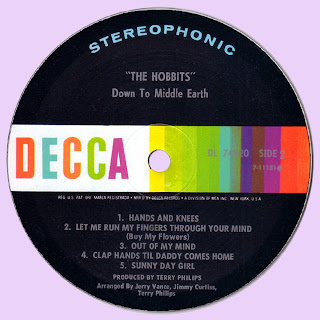 Free Text
The Free Text
Posted by Marios at 1:23 AM 7 comments: