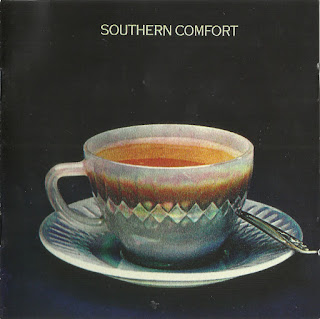 Southern Comfort haven t found the going easy since Ian Matthews left them 18 months ago, but they are anxious not to let it get them down. Their main problem is that the public have taken a long time to forget Matthews, and think of the split as being quite recent. They brought out one hasty album, Frog City, to offset Matthews' departure, but the new one has obviously had a lot more thought and planning out into it.

Gordon Huritley's pedal steel guitar and Mark Griffiths on mandolin do much to add to the individual charm of the album, and probably save it from becoming too near to pop. However, the group don't see themselves in that light at all. "We did some dates in Scotland recently," Mark Griffiths says, "but they weren't too good because it was obvious the audience were expecting a pop group, and didn't know what to make of us."

They did better in the States, where their type of music is going down well at the moment. Their first album was released there just before the tour with the Faces and Deep Purple, and sold well. To support the new album in Britain, they are making a short documentary film, playing some numbers from the album, to be shown in cinemas between the feature films. But they are still worrying about their receptions in this country.

"It's a really strange situation here. It's been a long time trying to forget about Ian, and we've found it hard trying to find a path for ourselves and be accepted. We don't see Ian as any opposition, although there must be some split loyalties among any fans we had. There was never any doubt about us carrying on when Ian left, although his departure was sudden. We've changed a lot, added different instruments. Now we use keyboards and mandolin, when before we depended more on the pedal steel.

We got over the voice difficulty. Too. Ian has a distinctive voice, but we think that Carl Barnwell has a good one too. Carl writes most of the material with me.

So now Southern Comfort are working their way round Britain, trying to build up their name, and face life without Ian Matthews. Ian is currently working with a new unit called Plainsong, and doesn’t see Southern Comfort as any kind of opposition or competition, because he is not choosing to look at things that way, although other might. In fact, his music with Plainsong is surprisingly different from what you might expect from him, after being conditioned to Southern Comfort.
Disc, January 22nd 1972 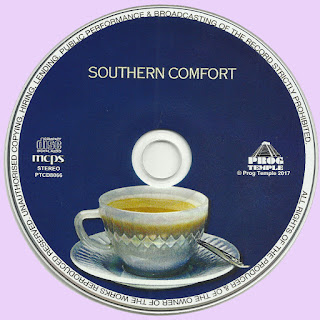 Free Text
the Free Text
Posted by Marios at 9:22 AM 4 comments: