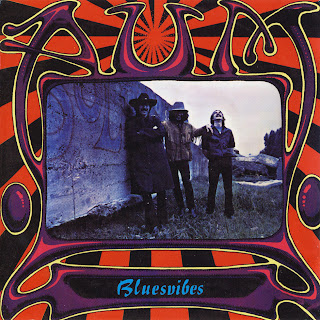 One of the great lesser-known San Francisco bands, AUM was a classic rock power trio, inspired by the likes of the Jimi Hendrix Experience and Cream, and led by the talented multi-instrumentalist and singer Wayne Ceballos. The band was first brought to the attention of Bill Graham by San Francisco's premier photographer, Jim Marshall.
Wolfgang's vault

Initially signed by the London-affiliated Sire label, as one would expect from the title, the group's 1969's "Bluesvibes" found them working in a distinctively blues-vein. Reflecting the band's live act, the Richard Gotthrer produced debut featured a series of seven extended jams, (the shortest song clocking in at 4 minutes).

With Ceballos writing the majority of the material, in spite of period excesses (e.g. aimless soloing), originals such as "Mississippi Mud" and "Chilli Woman" weren't half bad. Moreover, Ceballos proved a decent singer, injecting considerable energy into his performances. Among the few missteps, the band's ponderous cover of John Loudermilk's "Tobacco Road" would've been suitable for Vanilla Fudge. Commercially the set proved a non-entity; quickly vanishing into cutout bins.
Bad-cat 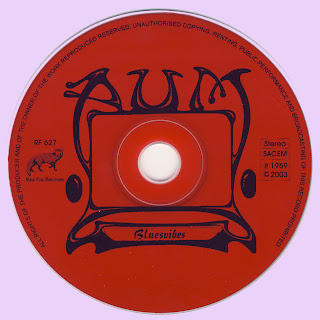