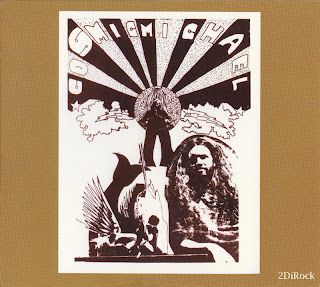 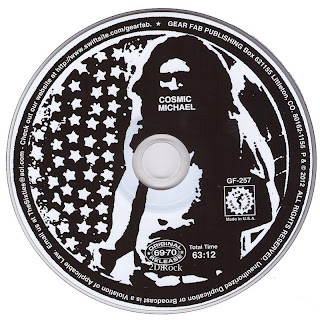 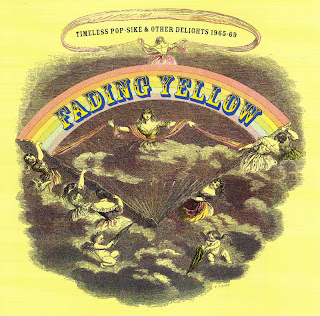 This is a fine example of music that arose after the Beatles caught  "A Ticket To Ride". Running the gamut from jolly mid-60s beat-pop through to heavily orchestrated affairs from '69, "Fading Yellow's" overall concept of 'pop-sike' and more so 'other delights' is fully realised.

Some may argue that by the end of the year a certain type of collector will be becoming hot under the collar on hearing mention of a rare '67  Ken Dodd acetate that features lush orchestration and sustained fuzz guitars! Diddy Men in the sky with diamonds, indeed! Cynicism aside, the psych/pop compilation is clearly becoming far poppier with the passing of time, and such a fine example as "Fading Yellow" sits perfectly on the cusp of the "Rubble" series most commercial selections and the more recent and uneven "Ripples" compilations (albeit a lot more interesting).

It's practically a gem after gem ride too. Mike 'Remember You're A Womble' Batt's mournful, sweeping ballad "Fading Yellow" is the perfect summation of what's on offer and is certainly worthy of having an entire compilation named after it. The strings, warm guitar parts and soft vocalising are sumptuous, and a good indication of what's in store. It really is a solid set, and possibly the greatest pop-psych comp to come out in years.

Rather than focus on fifth-division acetate pressings of 'four Lancashire lads trying to be Syd Barret' everything included here is well performed pop saturated in that certain late '60s over-the-top production that so regularly gets classified as psychedelia. And there are plenty of obscure choice cuts to satisfy even the most hardened psych-head. Irish four-piece Jon's "Is It Love" has a great rising chorus, some oriental sounding instrumentation and a middle-eight that has a vague feel of the Troggs psych-pop phase.

Juan & Junior (of Los Brincos fame) sound uncannily like Magna Carta on their whimsical folk-pop cut 'Andurina'. 'Woe, Is Love Dead My Dear?' the b-side of the Koobas rare Danish only 'Sweet Music' 45 sees the 'pudlians getting introspective on their beautifully performed rendition of this Bert Jansch piece (which he also recorded). And amongst the many other strong cuts from the likes of Eddy Howell, Ronnie Bird, Paul & Barry Ryan is American teen trio The Aerovons incredible "World Of You", which was recorded in Abbey Road in 1969.

This not only rates as one of the best cuts on this album, but is also among the finest late '60s EMI discs (and yes, we're talking Pretty Things and Pink Floyd here too). (Rumour has it that their unreleased 1969 album will soon be available on Flower Machine).

Not only timeless, but in every aspect wonderful too. If only more compilations were as good as this.
by Jon 'Mojo' Mills 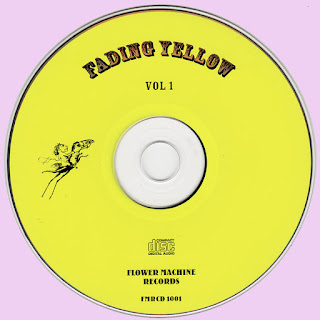 Free Text
Just Paste
Posted by Marios at 7:37 AM 15 comments: