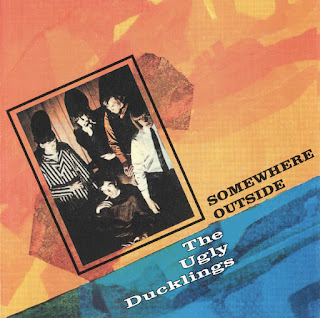 The Ugly Ducklings formed in the spring of 1965 as The Strolling Bones, a blatant Rolling Stones-inspired outfit featuring Brian Jones look-a-like, British-born Glyn Bell. After making its live debut at Ccdarbrac High School in Toronto's Scarborough district (the entire band minus Boers studied there), the group changed name to The Ugly Ducklings and won a residency at Charlie Brown's Place. In late 1965, the band attracted the attention of Yorktown Records, who recorded the group's debut single, the Bingham-Maync collaboration, Nothin' for a mere $300,00 on a 2-track machine at Hallmark Studios.

The record was picked by local radio and became a local smash in March of the following year. On the back of the single's success, the 'Ducks landed their dream gig - opening for the Stones at Maple Leaf Gardens in June 1966. The group's debut album Somewhere Outside, recorded in New York and Toronto was issued around this time and contained all of the group's early singles.

The opening cut, Nothin' was also their finest moment, with its snotty punk vocals and guitar assault. She Ain't No Use To Me was a punk shouter with some snappy guitar work, whilst That's Just A Thought I Had In My Mind is more restrained, veering more towards pop. Also of note on the album were Do What You Want, a mid-paced beat number; Just In Case You Wonder, which featured some good fuzz guitar; Hey Mama (Keep Your Big Mouth Shut), notable for some fine psychedelic guitar work; a snotty version of Ain't Gonna Eat Out My Heart Any More, the only non-original and the closing cut, Windy City (Noise At The North End), an atmospheric instrumental complete with sound effects and more fuzx guitar.

However, the label's decision to bring in producer Brian Ahem against the band's wishes, and its failure to distribute the 'Ducks records properly in the US led to the first of several personnel changes in early 1967. Read dropped out (later working in the photographic retail business) and was replaced by Howie Smith. Differences in musical direction led to Mayne's departure later in the year and Bell followed him soon afterwards. In their place, the 'Ducks recruited Mike McKenna from Luke and The Apostles.

Mayne subsequently tried to form a new group but nothing happened and he later went on to work in the TV business, producing commercials for ABC. Bell meanwhile became involved with commercial art. Amid all this activity, the group enjoyed its biggest hit with the brilliant Gaslight, which had been recorded in New York with the NBC Orchestra, and only featured Bingham on the record. The new line-up made a few recordings in late 1967 and early 1968, including McKcnna's Blues Fell This Morning and Bingham's Rise To Your Calling, which were never issued at the time, but have since appeared on The Ugly Ducklings compilation Duck Tales. In the spring of 1968, Ray Novak was added on organ, but this line-up didn't gel and in June, McKenna left to form McKenna Mcndelson. Guitarist Dave Kindred was brought in to fill his shoes.

The revised band line-up made a comeback at Toronto's Flick during July 1968, but no recordings were made. In early 1969, the band split up, only to reform a few months later as GNU. Boers maintained the greatest profile working with B.B. King, Charlie Mussclwhite, Neil Merryweather and the 49th Parallel. Throughout the '70s there were several Ugly Ducklings reunions, but no official recordings appeared. In 1980 however, the original members decided to reform and an album called Off The Wall was released.

The current line-up featuring former Buffalo Springfield Revisited guitarist Stan Fndersby on bass made its debut at the Toronto Rock Revival concert, held at the Warehouse on May 2,1999. The recent CD, Too Much Too Soon includes remastered cuts from many of their 45s. plus one newly recorded track. The Ugly Ducklings are widely recognized to be one of the best garage punk bands to have come out of Canada. 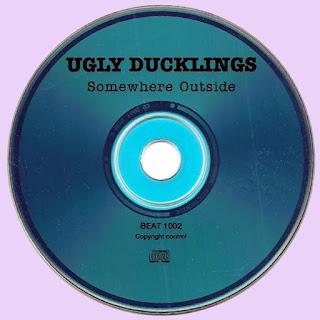