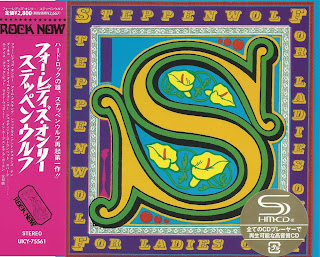 Steppenwolf became a big-name group on the basis of their driving arrangements and John Kay’s growling vocals. So any attempt by the group to venture into areas beyond “Born to be Wild-Magic Carpet Ride” syndrome would almost inevitably receive a lukewarm reception from the critics.

With the Steppenwolf Seven album, many times the group bordered on being soft, almost pretty. For Ladies Only crosses the line and becomes mellow. With the title cut, the group employs a lengthy piano solo to bridge some fine rock ‘n’ roll. Although the solo’s six minutes may be a bit too long, the cut comes off well in spite of itself.

As if to remind the listener that their style of old is not lost forever, there is the cut “Ride With Me.” Not only does it contain the familiar, “Hop-on-my-bike-and-let’s-ride-into-the-sunset,” theme, but the commercial potential of the tune is staggering. In fact, I’m still miffed at why the single didn’t go anywhere on the charts.

While musically the LP is worthwhile, lyric-wise it just doesn’t say a thing that one couldn’t hear within five minutes worth of top-forty. Although the title suggests Women’s Lib, and several tunes inaudibly discuss it, it uses that “Eric Burdon Three Minute Answer To the Problems of the Earth” technique. Steppenwolf has never concentrated on a central theme for an LP in the past, and in the future, perhaps it would be wise to apply the talent of the group to the arrangements, where they are unique.

The inside photograph is priceless. A spiffy little roadster is parked outside Grauman’s Chinese Theatre. A small crowd is gathered around gaping at the custom-built vehicle made to resemble a male organ. Vein and all. A cop is supposedly writing out some kind of citation. The picture alone is worth the price of the album, to coin a phrase.

For Ladies Only represents, for Steppenwolf, a branching out into new directions, which is a healthy sign for them The LP could be best described as a transitional one in which Steppenwolf wants to retain it’s roots, yet wishes to stay out of a particular mold at the same time.
by Cameron Crowe for San Diego Door, January 13, 1972  – January 27, 1972 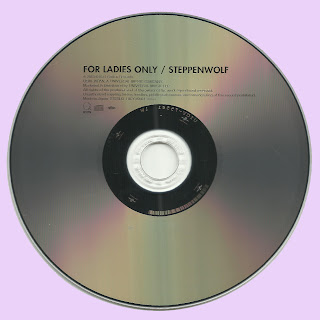