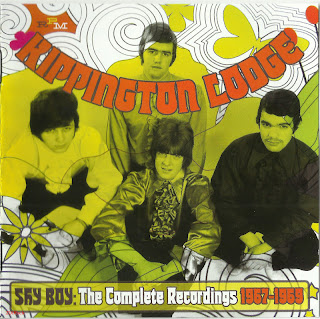 Before he taught us that it was cruel to be kind, and even before he first wondered “what’s so funny ‘bout peace, love and understanding?,” Nick Lowe was one fourth of the groovy lite psych-pop outfit by the name of Kippington Lodge. The group, however, was short-lived, and morphed into pub-rock pioneers Brinsley Schwarz, folk/country/rockabilly revivalists. Thanks to Cherry Red’s RPM label we have the chance to listen the complete recorded output of Kippington Lodge for a window into “what might have been” for Messrs. Lowe and Schwarz. Shy Boy: The Complete Recordings 1967-1969, due the last week in July, is named for the debut single of Kippington Lodge, and collects all ten single sides plus five bonus tracks: an unissued song, two alternate takes and two BBC performances.

Nick Lowe first met Brinsley Schwarz at the Woodbridge School, where they made music with Barry Landerman and Phil Hall. Lowe assumed bass duties and Schwarz guitar, while Landerman handled keyboards and Hall also guitar. As early as 1964, this group was performing as Sounds 4+1, but Sounds was short-lived, and Schwarz regrouped with Pete Whale (drums) and Dave Cottam (bass) as Three’s a Crowd in 1966. That, too, wasn’t destined to last, although Schwarz’s old friend Landerman joined in 1967 as the band was being renamed Kippington Lodge.

Three’s a Crowd/Kippington Lodge attracted enough local buzz to come to the attention of EMI’s Parlophone label and producer Mark Wirtz. The same year of 1967, Wirtz joined EMI as a staff producer where he helmed efforts by Keith West and Tomorrow. He was instrumental in signing The Pink Floyd to EMI, and is best known for 1967’s “Grocer Jack (Excerpt from A Teenage Opera),” a single he arranged, produced and conducted for West.

The hit single was just one part of Wirtz’s ambitious pop opera, but it was kept from the top spot on the British chart by Engelbert Humperdinck and “The Last Waltz.” (Engelbert was a force with which to be reckoned. His “Release Me” kept The Beatles’ “Strawberry Fields Forever”/”Penny Lane” double A-side from No. 1, too!) West and Wirtz followed up “Grocer Jack” with “Sam,” but that Teenage Opera tune stalled, leaving the whole opera’s fate in question. The complete Teenage Opera – shades of SMiLE – didn’t see release until 1996, but another song intended for it, “Shy Boy,” was given by Wirtz to Kippington Lodge for release in October 1967. Wirtz produced the first four sides (two singles) for Kippington Lodge, all in a lush harmony-pop vein.

It was around the same time that Dave Cottam left the band, and Nick Lowe filled the vacancy on bass. Lowe would soon be penning songs for the group, including “I Can See Her Face,” an edgier work than the sides produced by Wirtz. The band’s revolving door was still in full swing, though. Barry Landerman left to join Vanity Fare (“Hitchin’ a Ride”), Bob Andrews joined on keyboards and Pete Whale’s exit paved the way for Billy Rankin to join the band.

Kippington Lodge recorded “Tomorrow, Today,” a song by the hitmaking team of Roger Cook and Roger Greenaway, and even attempted a Beatles cover (“In My Life”). None of Kippington Lodge’s singles, all released between 1967 and 1969, ever caught chart fire. The quartet of Lowe, Schwarz, Andrews and Rankin had quietly morphed into Brinsley Schwarz, the band, by 1970, adding Ian Gomm on rhythm guitar. (Following that band’s breakup, Schwarz and Andrews would join Graham Parker and The Rumour.)

Shy Boy: The Complete Recordings 1967-1969 compiles all ten Kippington Lodge singles for the first time on CD under the band’s name. (They had somewhat haphazardly been brought together on a Brinsley Schwarz rarities compilation, Hen’s Teeth, in 1998.) RPM has added one unreleased song, “Land of Sea,” and four other alternates and live performances to round out the disc. Shy Boy is in stores on July 26 in the United Kingdom and one week later in the United States.
by Joe Marchese 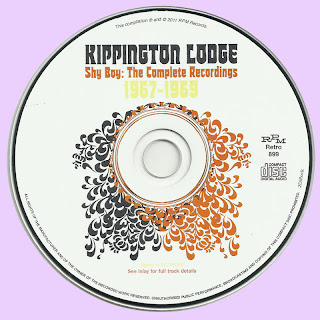 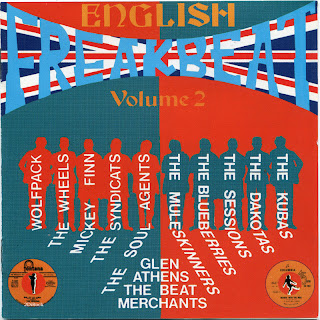 With 10 bonus tracks this CD version of English Freakbeat Vol. 2,  including many unknown and some well know names like Ritchie Blackmore - The Lancasters, Steve Howe - The Syndicats, The Wheels,  The Koobas and many others.  A worthwhile compilation not only for historical reasons but also for the chance to listen some great lost gems. 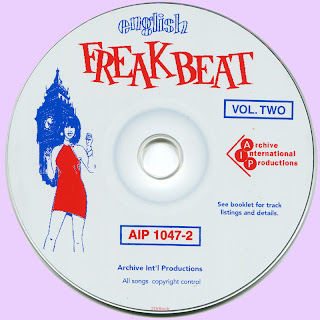