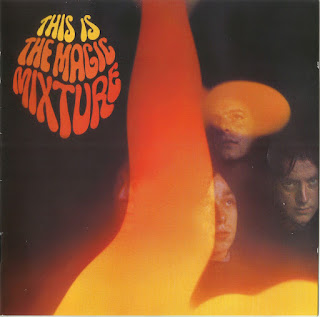 The Magic Mixture were a British psychedelic band comprised Terry Thomas (guitar/vocals), Melvyn Hacker (bass), Jack Collins (drums) and Stan Curtis (organ) . Mel and Terry were  both students at the Central Foundation Boys School in London in the early of 60's. After some line up changes they released their sole album in 1968. It is regarded as one of the better examples of the psych genre, featuring engaging instrumental work on tracks such as ‘(I’m So) Sad’, ‘Urge To Leave’ and ‘Slowly The Day’.

Originally released on Saga, this superb piece of psychedelic freakbeat should be in every record collection sharing section with UK psych gods like July, Skip Bifferty, Forever Amber, Five Day Week Straw People, The Open Mind and the likes

Even though according to The Tapestry Of Delights book the Saga LPs are supposed to have been recorded at a school premises rather than in a proper studio, this album has become a classic of the genre on its own, containing some killer psychedelic sounds delivered mainly by the guitar of leader Jim Thomas and his bandmate Stan Curtis' organ riffs The line up was completed with Jack Collins on drums and Melvyn Hacker on bass guitar.

The songs are all original Magic Mixture compositions, and they are all excellent samples of what was going on in the UK when the genres who had been en vogue during the sixties (modern jazz, folk, r'n'b, pop) were all put into the same cauldron in the search of a special mixture, eventually obtaining some great pop tunes played with a freakbeat edge and some early psychedelic sounds, all pretty simple and without many gimmicks or studio trickery, but amazingly lovely and very cool It is one of the most sought after Saga releases and one that commands high sums when it shows up on eBay Wah Wah's is the first ever legit reissue, with best sound quality and best sleeve quality ever. 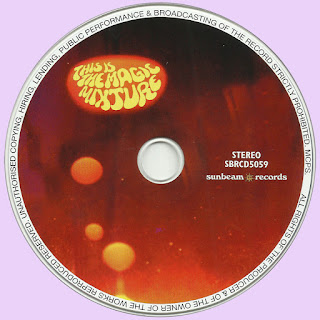