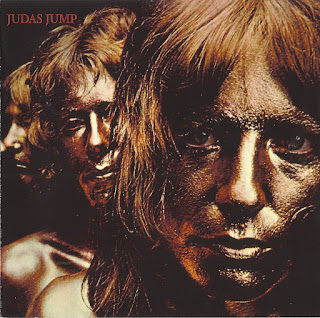 UK supergroup from such origins as The Herd, Amen Corner and the Mindbenders, branching out to the beyond, with a more progressive direction, as was de rigueur at the fag end of the 60's. Despite a fair amount of promotion and a contract with the Beatles label: Parlophone, they only made this one great album and 2 singles, but failed to click with the public.

With Amen Corner's Alan Jones they were able to augment their sound with brass and woodwind, and listening today you can see some parallels with contemporaries Chicago and BST, but most of all the flavour is British and puts you in mind of a Traffic/Spooky Tooth groove, with some Jethro Tull thrown in for good measure - yet their pop roots were not deserted, which is what sets this album apart from so many others that line my shelves from the 1969/1970 period.

In common with many contemporaries at this time, Judas Jump were keen to throw of the shackles of the pop success they'd previously enjoyed with their Top 40 bands. Judas Jump was their collective attempt to "go progressive". Luckily for us they avoid the pitfalls of many of their bombastic pretentious contemporaries and retain a poppy, rocky edge which permeates the whole album. "Scorch" kicks off with "John Brown's Body", a great lurching ballsy opening statement as ever you'll hear, with a nice wailing harmonica backdrop.

The pace hardly lets up with "Rocking Chair" and "Beer Drinking Woman", but slows a little for the closing percussive dressed "Bossa Jump". Following by "Cry De Cry", an acoustic part, and then we get the tasty single, Trevor Williams' "Run For Your Life". It's not all wonderful though as towards the end of the album, it runs out of steam, and like a disappointing fizzy drink • goes slightly flat.

Ending with the thoroughly awful Ye-Olde-Musical- Hall-Romp "Private Holiday Camp" - this dated piece of nonsense is not on the US copy - be thankful my American cousins! Alan Jones, Trevor Williams and Andy Sown all contribute material, but Bown deservedly gets the lion's share • as it's at that point where the others kick in, that downward trend is marked. Unbelievably, these days Andy Bown sessions for the boogie stalwarts Status Quo, so he's still around, and still doing it.

A strange place for him to be? Maybe not so strange when you consider Status Quo and The Herd were Pop Contemporaries in the late 60's, which is no doubt where they must have met up and down the proverbial swinging circuit. In fact the Quo were a formidable pop combo back in the days before they discovered the 12 bar ad nauseum and their early albums: "Picturesque Matchstickabie Messages", and "Spare Parts are full of charming youthful and naive psychedelic whimsy. 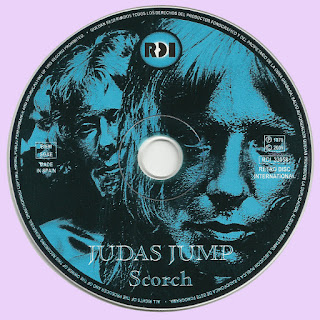