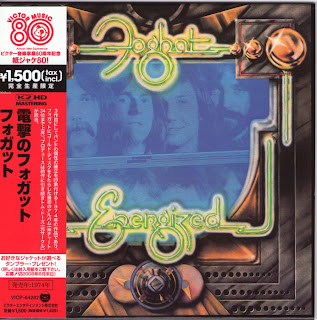 It jumps open with an unequivocal derangement of ol' Kansas City Joe Turner's "Honey Hush," in a marvelously shameless send-up of the Yardbirds. A rare cut that makes you discover how loud your equipment can go, it sets the album's tone. Ten Years After comes in for the same treatment with "Wild Cherry." Throw in a thankfully tasteless "That'll Be the Day" for an album than wins full points on irreverence alone.

In addition, Energized has a great "Step Outside" that reminds me of Three Dog Night, and an original "Home in My Hand" that's almost as good as the oldie of the same title everyone else is doing. It's a rude, raving riot of an album, from a group that's doing a bang-up job of closing the gap between where rock & roll has been and where it ought to be going.
by Greg Shaw, Rolling Stone, 1974 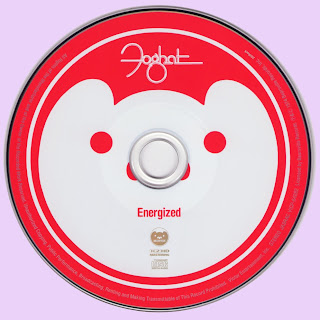