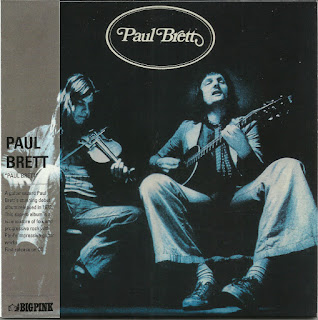 Paul Brett is well known as an exponent of the 12-string guitar. The list of people he has played with is impressive indeed - much in demand for sessions, tours etc., he has played for a host of folks, from Max Bygraves to Status Quo, from Barclay James Harvest to Lonnie Donegan, from Crazy World of Arthur Brown to short-lived psych-pop outfit Tintern Abbey. With the latter he recorded the highly collectable single which is their only output.

From a Strawbs' point of view he has circled round the band - playing with various soon-to-be Strawbs - without ever actually joining.

Elmer Gantry's Velvet Opera had grown out of r'n'b band Five Proud Walkers and recorded their first album and their first two singles, with the eponymous leader on guitar and vocals. In early 1969, Elmer left the band, as did guitarist Colin Forster, and Hud and John recruited Paul and Johnny Joyce (formerly with the Levee Breakers) to join them as a slightly more acoustically oriented outfit. They later shortened their name to simply the Velvet Opera and recorded the band's second album Ride A Hustler's Dreamand a number of singles. It was that incarnation which played at the opening night of Dave Cousins' White Bear-based Hounslow Arts Lab on 1 July 1969.

In late 1969, he recorded the lead guitar on Strawbs' "The Vision Of The Lady Of The Lake" for the Dragonfly album.

After Velvet Opera, Paul was involved in the recording of The Magic Shoemaker album by Fire - Dave Lambert, Dick Dufall and Bob Voice. Dave Cousins guested too, on banjo. The album was disappointing sales and production-wise and Lambert decided to split with long-time associates Dufall and Voice, who promptly hooked up with Paul to form Paul Brett's Sage, adding Stuart Cowell as lead guitarist which recorded three albums for Pye and Dawn (Pye's progressive label). Dave Lambert guested on piano and organ on several tracks on Schizophrenia, and Rod Coombes drummed on one track. Paul King, later to play alongside Lambert in the King Earl Boogie Band, played harmonica on a track on Jubliation Foundry.

From 1973 onwards Paul began to concentrate on a solo career, releasing a couple of attractive song-based solo albums on Bradleys Records, backed by violinist/guitarist Mike Piggott, adding multi-instrumentalist Dave Griffiths for the second. Rod Coombes popped up again on drums on the first. Bradleys made a push to establish him, releasing several singles from the albums.

A privately pressed album Phoenix Future followed in 1975, before Brett turned to the genre which is now his trademark, the twelve string guitar instrumental. Earth Birth, his critically-acclaimed first 12 string guitar suite, was released first released on his own label, then led to a 4 album deal with RCA, where it was the first release in 1977. Rod Coombes guests again on Interlife (1978), and Johnny Joyce plaus on two tracks on Eclipse (1979).

He then released some high-selling "easy listening" guitar albums on the K-Tel label and a number of music library releases, before concentrating on other activities - live show production including holiday/cruise work, music journalism. His longtime interest in collecting guitars led to his becoming a Marketing Consultant for Aria Guitars, who went on to develop a range of Paul Brett signature guitars.
Strawbsweb 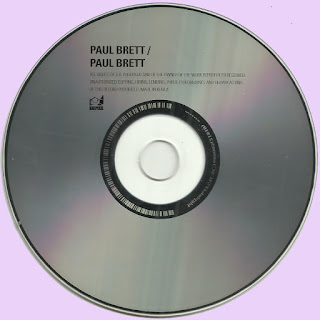 Free Text
Just Paste
Posted by Marios at 7:15 AM 9 comments: