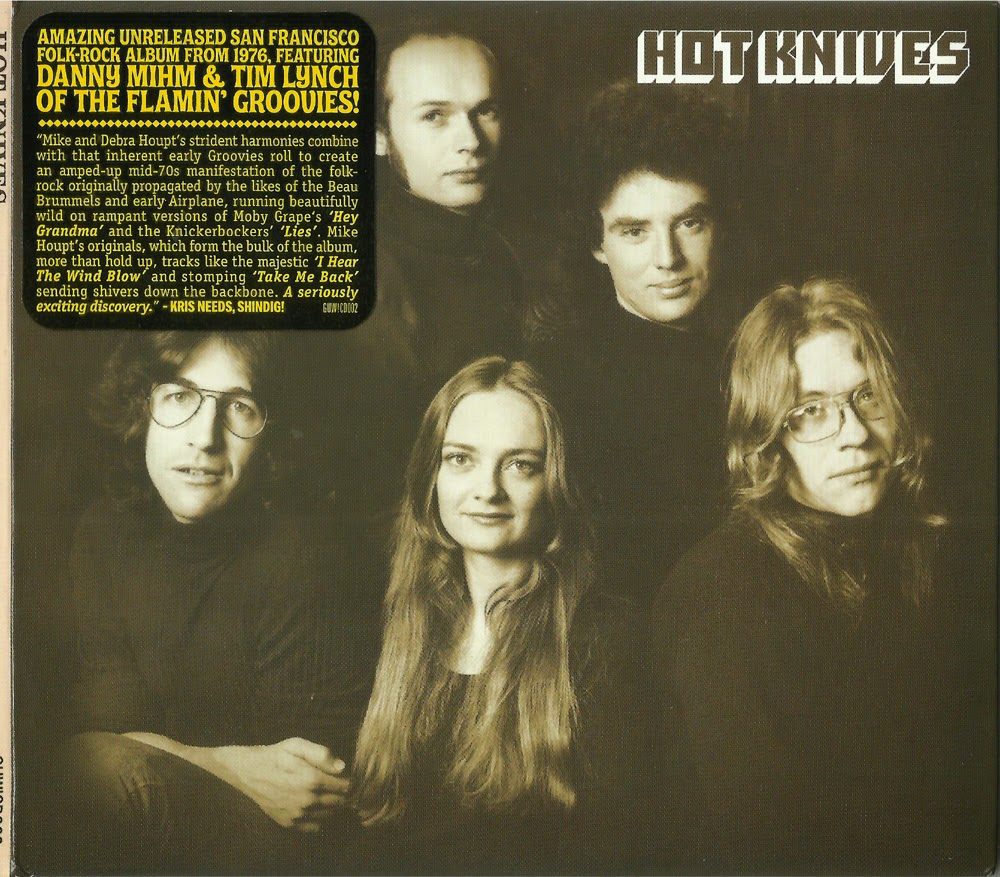 Hot Knives was a band with an impressive pedigree and plenty of talent which unfortunately was in the right place at the wrong time -- playing enthusiastic and tuneful power pop and folk-rock with a faint psychedelic undertow, the group should have been right at home on the San Francisco music scene, but in the mid-'70s, they were too late for the Ballroom scene, stuck out like a sore thumb in the age of stadium rock, and were a poor fit for the harder sounds of new wave and punk that were lurking on the horizon.

Hot Knives was formed by the brother-and-sister team of Michael Houpt (lead vocals and guitar) and Debra Houpt (lead vocals), who began singing together as teenagers growing up in Pennsylvania, playing folk tunes in the style of Peter, Paul and Mary. By 1969, Michael had relocated to Northern California, and he began working with a political improvisational theater troupe in San Francisco; the Flamin' Groovies sometimes rehearsed at the company's performance space, and Michael struck up a friendship with bandmembers Tim Lynch (lead guitar) and Danny Mihm (drums). By 1972, Debra had moved to San Francisco, while Lynch and Mihm were looking for a new project after the Flamin' Groovies' original lineup fell apart.

With bassist Ed Wilson joining Michael, Debra, Tim, and Danny, Hot Knives was born, with the group taking their name from Michael's favored method of smoking hashish. Hot Knives gigged regularly in the Bay area and the group slowly built a following for their engaging melodies, Michael and Tim's guitar interplay and the soaring vocal harmonies of the Houpts. However, they were far enough from the mainstream that record companies weren't interested, and in 1976 Hot Knives took matters into their own hands, self-releasing a single, "Lovin' You" backed with "Around the World," which was produced by Cyril Jordan of the Groovies. Another 7" followed later the same year, "I Hear the Wind Blow" b/w a cover of Moby Grape's "Hey Grandma."

The singles earned some enthusiastic press (Greg Shaw in Bomp! called them "the best thing happening in San Francisco these days") but didn't lead to a record deal, and while the group had a wealthy and enthusiastic patron in Casper Weinberger, Jr. (whose father was Secretary of Defense under Ronald Reagan), it wasn't enough to keep the lineup intact after Tim Lynch left the band. While Hot Knives continued for a while with guitarist Bob Kinney, they quietly called it quits by the end of the decade. In 2011, the Australian label Grown Up Wrong released a Hot Knives collection that featured both sides of their two singles, along with ten unreleased tracks.
by Mark Deming

This is a gem. For the last 30 years it occupied lead singer Mike Houpt’s dusty cupboard, forgotten and neglected before being tracked down by Australia’s Grown Up Wrong! Records.

Fronted by Mike and Deborah Houpt, The Hot Knives’ self titled album will take you back to a more innocent time in ’76 with a blistering concoction of 60’s San Fransisco folk rock and muscular rock’n’roll topped with sweet, sweet harmonies between Mike and Deborah. Think Fleetwood Mac’s rockin’ alternative.

The album features 11 rockin’ originals, mostly from the mind of main man Mike Houpt, who had released two Hot Knives 7” singles, back in the day himself through his own K.O records label. The album also features three thumping covers, The Knickerbockers’ Beatles sound- alike "Lies", Moby Grape’s "Hey Grandma" and a big beat version of the frequently covered "Silver Threads and Golden Needles".

What really catches me about this album is the timing of its release with the 70’s music becoming a much more sought after sound (think Tame Impala and Stonefield), it will be interesting to see how the album is perceived in the public eye. It is a really upbeat, rockin’ album with some of the most blistering guitar solos I have heard to date.

The best reference to their sound I can give you is Fleetwood Mac, mostly because of the common era of both outfits. Also the distinct warm harmonies and gorgeous, flaming guitar. The difference between the both is that The Hot Knives is definitely more upbeat and rockin’ with more solos and more of a rock’n’roll influence. 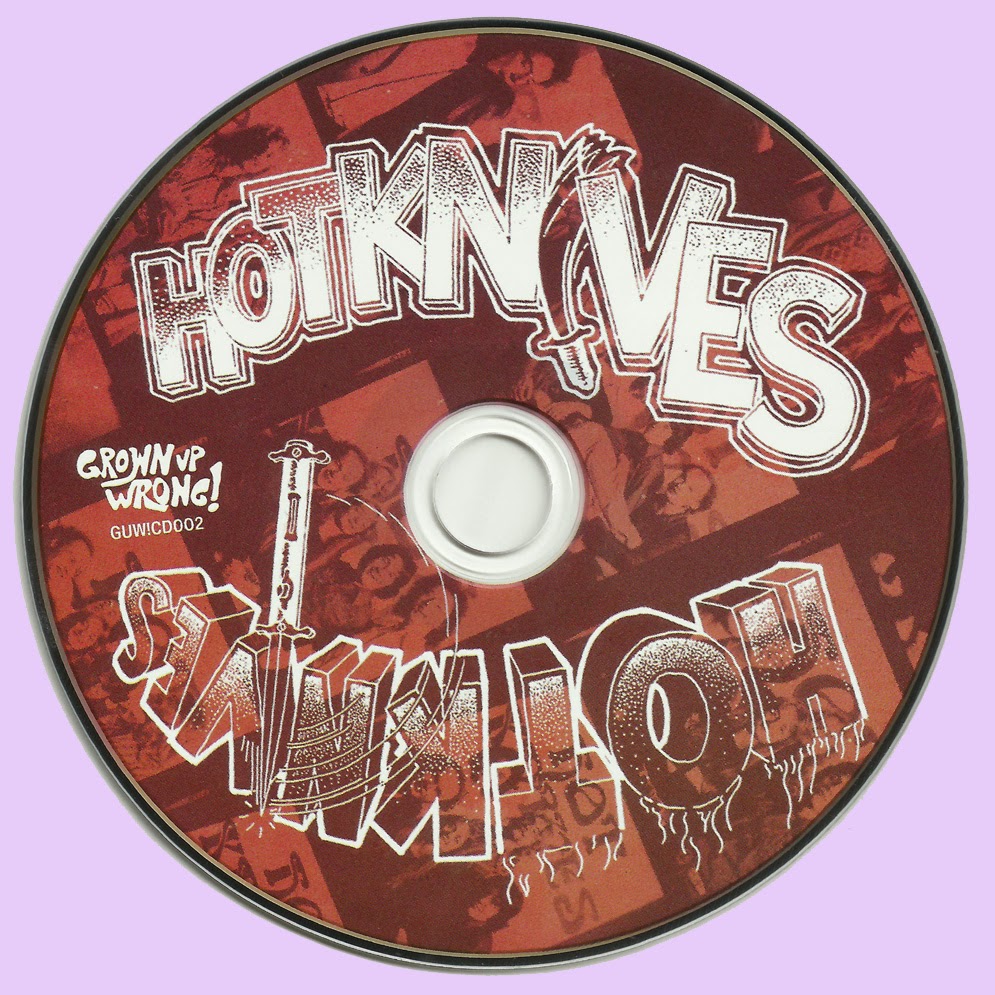