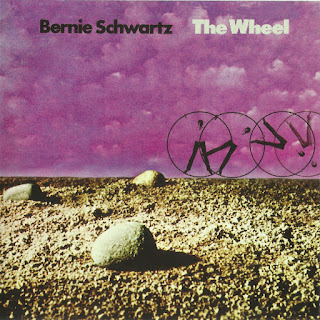 Bernie Schwartz’s first classic single, Her Name Is Melody was released off Warner Brothers in late 1966 under the name Adrian Pride. This record is an excellent, early stab of raga rock that was perhaps too adventurous for pop audiences though its interesting to note that both Don and Phil Everly produced this fabulous single.

Even prior to this, Schwartz had been releasing obscure singles under the stage name Don Atello in 1963/1964. Around 1967/1968 Schwartz joined psychedelic pop band Comfortable Chair who released a solid lp in 1968. The Wheel, released in 1969 off Coburt/MGM was quite a departure from Schwartz’s earlier psych pop leanings. The Wheel is an excellent album, mixing hard rock, country-rock and folk-rock into something similar to Euphoria’s sole album or Neil Young’s Everybody Knows This Is Nowhere. The Euphoria duo of Wesley Watt and Bill Lincoln actually appear on this disc and one can hear Watt’s wild fuzz guitar playing on Schwartz’s epic cover of Sunshine Woman. There are also a few more ace fuzz rockers in Follow Me and a brutally intense reading of Fred Neil’s Candy Man.

Everything about this album is on target from Schwartz’s superb vocals to the songwriting, production and tight musicianship. This is one of the best 60s albums never to make it onto cd (until now) without a doubt. The Wheel’s leadoff track, Where Can I Hide is a country folk-rocker with lyrics that deal with disillusionment, depression and escapism. It’s a brilliant track that had strong hit potential though its deep, world weary tone could have thrown off more than a few listeners. Another track with similar lyrical concerns is the awesome country-rocker Lost My Wings. It’s a classic of the genre with wonderful steel guitar playing and a righteous bridge that symbolizes everything that is great about 60s rock n roll. Other mellower tracks such as Randy Newman’s Think It’s Gonna Rain Today, Don’t Make It Bad, Can’t Go On, and the beautiful rural rocker Peace On Earth are just as good and grow on the listener with repeated plays.

Sometime after the release of the Wheel, Bernie Schwartz quit rock music to focus on writing psychology books. The Wheel is proof that there are many rare, great recordings that have not been reissued on cd. I found a near mint copy on ebay for about $25 and would recommend this lp to anyone with an interest in 60s rock.
by Jason Nardelli 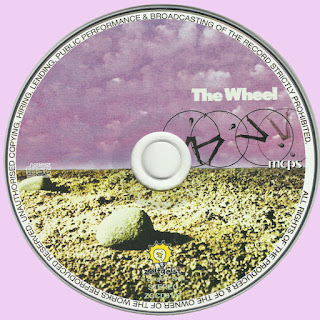 Free Text
the Free Text
Posted by Marios at 10:56 AM 6 comments: