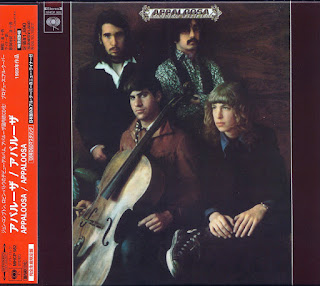 Our tale begins on a weekday after my newly-appointed office as staff A&R man at Columbia Records in 1969, had already produced the top ten Super Session album, and was always  scouting for new talent. Four young lads had some-how by-passed security and poked their heads into my office. "Can I help you?" I inquired "We've travelled from Boston just to audition for you, Mr. Kooper," they flatteringly exclaimed. I picked up the phone and called the studio booking office to try and get some space to hear them play as soon as possible. When they heard my end of the conversation, they yelled out: "Hang up!!! We can play right here in your office!  All we need is one plug for the bass amp!" Never having been accosted with an offer like this before, I sheepishly hung up the phone, and pointed to the wall outlet.

They plugged in a tiny bass amp and opened their instrument cases. Out came an acoustic guitar, a CELLO! and a VIOLIN! I was totally mesmerized and I had't heard a note yet. The acoustic guitarist. John Compton. began to play and sing.  The bass provided a rhthymic/melodic path behind him, and soon the strings began to swirl behind his Buddy Holly-esque vocal and a big smile broke out on my face. Every talent scout hopes for something unique to fall into their lap.  Not the run of the mill crap that pours out of AM radios, but something we've never heard before; with unmeasurable depth.  Here it was delivered to my office with no order placed. It was hard to believe. When they finished the first song.  I told them to relax - that I would surely sign them up - and to continue playing every? original song in their repertoire.  I took notes and asterisked the songs that jumped out at me. "Tulu Rogers" - a pastoral view of the countryside in the height of New England winter, a woman sits by the window crocheting to the sounds of Bach. "Thoughts Of Polly" - a jazzy sounding verse forwards into a folk rock chorus that concludes in a dizzying jazz coda supplied by the addition of then-Blood Sweat & Tears-sters Bobby Colomby on drums and Fred Lipsius on screaming,  lyrical alto sax.

The band incorporates the addition of other musicians with nary a blink. "Feathers" -   I always felt this album was six months ahead of it's time - that James Taylor followed in the correct time slot, also a New England lad, but with Beatle support, and a great deal more advertising. This song could easily have been written by Taylor in that time slot. "Bi-Weekly" - I could not resist adding a stuaioband around this autumnal quartet. This is a wonderful song lyrically and musicaly. It's hard to believe it's just Robin Bateaux on viola and Gene Rosov on cello,  bouilding their own string fortress in this city of sound. "Glossolallia" - reminded me of Donovan to come. A woman stands in harbor, on a balcy, singing to the ocean.  David Reiser, bassist, shows why this quartet had a bassist and drummer in one, when such a thing was neccesary. "Rivers Run  To The Sea" Bobby Colomby attempts to bridge this bi-tempo sonnet. I join on electric guitar. "Pascals Paradox" - one of the best examples of what is great and timeless about Appaloosa.  With no assistance or correction they do what is incredibly unique about them. And I lost myself in mock-heroic style, lodged in their castle for awhile. "Yesterdays Roads" - talking about flirting with a past lover and giving it relevance lyrically.

I confess to uncontrollably tinkling the ivories on this track. "Georgia Street" - the other song that Bobby Colomby  and Fred Lipsius gave ample contributions. I m also doing my best on the doomed 1969 Rock-Si-Chord keyboard.  Anotner duo-tempo composition by Compton is tackled in grand fashion climaxing in a swinging Lipsius alto solo. It's wonderful to ressurect this album now: nearly 50 years after it s innocent, naive debut. It still retains it s innocence and naivette, and sounds so much like those it influenced much later on in one way or another: Damian Rice. The Left Banke, Christopher Cross, A Stewart, James Blunt, and perhaps in someway or another, James Taylor.  The album cover was shot by Marie Cosindas, who specialized in taking all her portraits with Polaroid cameras.  She captured the essence of the group admirably and in 60 seconds, we had our cover.  Although not a huge seller in it's time, it reached a lot of people who were in college at the time.  I think many of them kept a soft spot in their music heart and will be glad to know about this re-release. To possibly rekindle that warmth once again.
Thanks for listening
Al Kooper 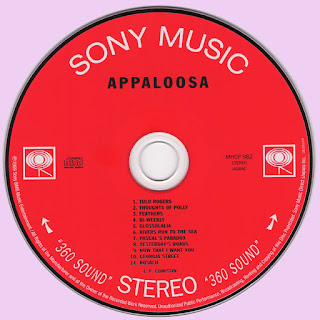 Free Text
Text Host
Posted by Marios at 8:32 AM 2 comments: