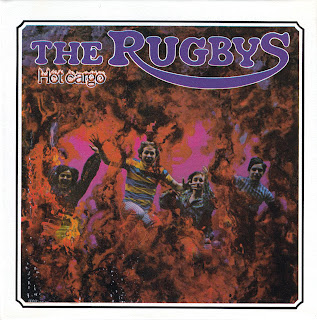 The Rugbys formed when all the members of the popular Louisville group the Oxfords left that band except the drummer, Jim Guest. Guest kept the Oxfords name and brought in members of the Spectres, soon releasing a good 45 on the Mala label.

The Rugbys took the Spectres' drummer, Glenn Howerton to replace Guest; the other members being Steve McNicol on lead guitar, his brother Jim McNicol on bass, Chris Hubbs on guitar and Doug Black on sax. The band's name supposedly came from wearing rugby shirts onstage.

At least, that was what I had read, but then Susan Harkins sent in this photo of the Rugbys signed by Jim Guest on the back, and Glenn Howerton's signature is not included. Perhaps the Oxfords changed their name to the Rugbys, then Guest left or was kicked out and restarted the Oxfords with new members.

In any case, their first release is this great version of a Doug Sahm song, "Walking the Streets Tonight", on the Top Dog label, from July, 1966. The flip side, "Endlessly", a ballad original by Steve McNicol, has been ignored until now, though mellow it's very good.

The Rugbys continued on until 1970 with some personnel changes, releasing several 45s and an album in a hard rock style.
Garage Hangover 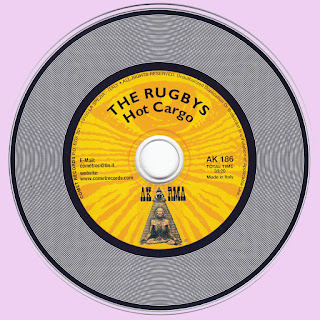