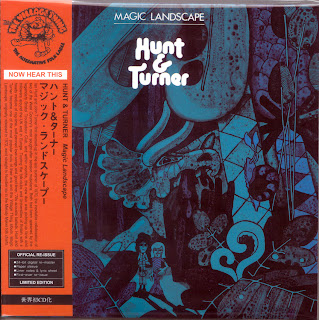 Fabulous grooving folk rock sounds with plenty of atmosphere, first released by the much beloved Village Thing label in 1972. Ian Hunt and John Turner first teamed-up in the late summer of 1970, the inevitable collaboration of two of the West Country's most sought-after session musicians.

String bassist and guitarist Turner had just left the infamous Pigsty Hill Light Orchestra and Hunt, a wizard guitarist and song writer who was already a 'big-name' on the Bristol scene, was looking for a new vehicle for his talents. Both had been spawned by the legendary Bristol Troubadour Club, which Turner had run for several years, and within months the new duo was picking up fans and followers around the UK and in Europe.

This album went straight to number six in the Melody Maker folk charts upon its original release. Years later, Ian Hunt is still making stunning music and is rated amongst the finest guitarists in the land, while John Turner, ever the entertainer and entrepreneur, as well as being in his own words a "part-time rake and bon viveur," was until recently one of Britain's most respected BBC radio and television presenters.

Crystalline acoustic and electric guitars and delicious vocals, backed with electric and string bass and bongos; imagine if you will British band Magna Carta with a guitarist as skilled as Wizz Jones or John Martyn: acoustic instrumentation and strong songs. 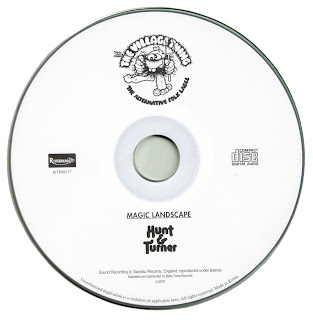