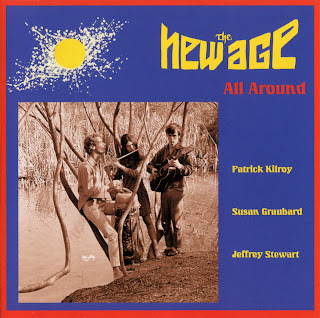 After Pat Kilroy’s LP in 1966, which was already half song music and half folk-psychedelia with an eastern influence, Pat after some time had formed the trio called The New Age (a suiting name long before a genre was intended with that name), with mainly flute improviser Susan Graubard (now known as Susan Archuletta) and conga player Jeffrey Stewart.

There has been a serious 10-page article in Ugly Things (issue 25), written by David Biasotti, revealing the whole background story of Pat Kilroy and The New Age, with visions of others who surrounded him revealing also some series of events that led to more Indian associated ways of playing. Bob Amacker, for instance, who played on Pat’s first album, 'The Light of Day', on Elektra (1966) (and later, on Peter Walker’s raga guitar pieces album from ’67, besides more interesting music with many others, among them Tuvan musicians later on) tells how after his drums had been stolen, he could only afford tabla’s, immediately when he bought them he was introduced to an Indian teacher, and thus rolled into this different way of playing.

He started to play them everywhere, even on bluegrass, along with Stefan Grossman. Through Stefan, Bob and Pat Kilroy came into contact with one another for Pat’s first album. After the sessions, Pat and Susan went on a long trip as if on a gypsy-like mission, and went to places like the UK (meeting Jansch/Renbourne), Spain and Morocco.

When returned, Bob no longer wished to continue with Pat. Luckily, they also knew Jeffrey Stewart, from Big Sure (a wonderful place pressed between mountains, where they could not receive radio or TV transmissons, and therefore people very much enjoyed live music, the place where all their early developments had started). Jeffrey played voodoo drums, and so replaced Bob to form a new Trio called The New Age. Jeffrey was a cousin of John Francis Gunning, drummer for Country Joe and The Fish, and jammed together more often with them.

Both bands got befriended and CJ&F even became fans of The New Age for they were the only exotic and acoustic band around. They joined stages regularly playing at Jaberwocky. Pat already since his solo album had been a serious student of Eastern mysticism, and took all musical and spiritual influences that taught him more seriously, was one of those people stimulating that influence everywhere.

In Berkeley, the trio now took lessons at the American Society for Eastern Arts, the place where Ali Akhbar Khan was teaching. Pat studied sarod, Jeffry tabla and Susan learned koto, shamisen (sort of lute) and shakuhashi (flute, with Kodo Araki), and later Indian music on viola (with V.G. Jog, and then continued with Ali Akbar Khan, when V.G. Jog returned to India). The article states how early 1967 in that area Timothy Leary was encouraging people to “turn on, tune in, drop out”, Alan Ginsberg chanted, Grateful Dead and Quicksilver Messenger Service were gathering and huge crowds attending, and LSD was brought into the mix.

Before the New Age recording, Susan once was unexpectedly invited to jam along with Dizzy Gillespie. She also had occasionally played with The Floating Lotus Magic Opera. Also revealed in the article that the free-form viola on “Dance around the sun” was slightly influenced by Sun Ra. Unfortunately the album was never released because Pat became seriously ill with cancer and died rather quickly. It took until 2006 for a first LP reissue. This first CD reissue completes the sessions with 6 bonus tracks which give very much an idea how the sessions were developed. The extra tracks sound a bit more like first ideas of improvisations, and a song, but they are equally charming and enjoyable.

The nature of the recording sounds for a part logical to our ears, like improvised psychedelic acoustic music, with a very raga-alike feeling, taking the time for instrumental (flute / guitar / conga) improvisations, but although the time was right for this to happen rarely such sessions were recorded or even published at the time (like Seventh Son’s "Raga" from 1966).

More than this I can also notice a secular celebrative influence (the article said Pat used to sing in a choir at Sunday masses), revealing unusual but still rather intuitive vocal techniques which hold the middle between Sufi chanting like Nusrat Fateh Ali Khan, a less in rhythm structured and more intuitive Indian vocal-less improvisation and jazz mood improvisation, probably a self invented compromise reflecting ideas from Arab / Middle Eastern and Indian origins. Another fantasy, like “Alone in Wonderland” recalls the theatrical idea of a flute player with snake in a basket.

The flute improvisations are always brilliant, but also the guitar performs raga-like evolutions, while the conga replaces the tabla, but also with a different character to Indian styled tabla. Here and there viola, bass, and droning tamboura can be heard, and song inspirations are also paired with the importance of the improvisational freedom. The absolutely rewarding album of 7 tracks reveals a perfect, psychedelic folk mood and can indeed be regarded as being ahead of it’s time, even when there were more comparable albums hidden with similar ideas around the same period.

The bonus tracks were recorded live in a radio show on KPFA-FM in Berkeley, months before they recorded the album. Included on some of these tracks is the acoustic bass playing of Mark Levinson, who also recorded on the album. On the bonus track “Bamboo mood” the percussion is more African in nature.

Susan continued with her approach towards music. She worked with electronic composer Don Buchla and Christopher Tree. In 1972 she recorded the Habibiyya album, together with ex-Mighty Baby members.

This album, at the best moments, to a degree continues something of The New Age approach, be it with a few more instruments, like koto, and with more instrumental music. She also recorded (on flute) "Tassajara" with Robbie Basho on The Falconer's Arm, Part I. (Robbie also asked her to collaborate with him on a Sufi Opera that he told her he was writing in the 80s. He died unexpectedly before that happened). Other later groups she was involved with are Cloud Chamber and the Now Ensemble.
Psych-Folk 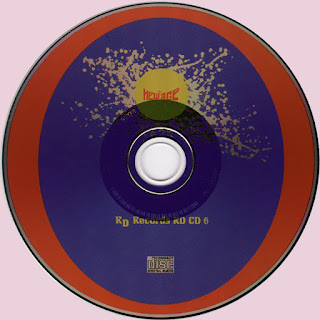 Free Text
Just Paste
Posted by Marios at 7:41 AM 16 comments: