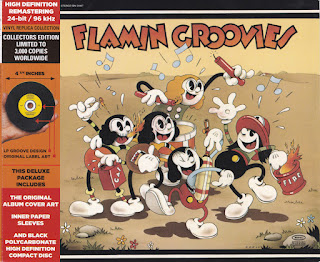 Founded by Ron Greco, Cyril Jordan and Roy Loney, the American Garage Rock band The Flamin' Groovies had their start in San Francisco in the mid Sixties. The debut album Supersnazz was released in 1969, containing both re-creations of '50s Rock 'n Roll songs and more melodic tracks. It made the group one of the forerunners of the Power Pop movement of the '70sâ€”a genre the Flamin' Groovies had a major influence on and contributed significant work to.
Supersnazz has achieved a reputation among not just Flamin' Groovies fans, but lovers of Rock & Roll in general. It held up very well across the decades and is still able to make its own case for greatness as an impressive document of straight-ahead Rock & Roll circa 1969. It's both fully contemporary to its time and timeless, which makes the album a classic work.
They played a mixture of dirty, blues-rock with a smattering of British invasion rock and got caught in the shifting hippy scene.
Consequently, at that time, they looked (and sounded) way out of place. Nevertheless the band still played wonderful music and were arguably more appreciated in Europe than in their home land of the USA.
Look around. Bookshelves and, more increasingly, the internet, are just full of irritatingly inspirational soundbites on being a better person, having a better life, being happy et al. Social media areas such as LinkedIn seem to be populated by nothing else. Well, obviously, the Flamin Groovies were way ahead of the self help game because they literally ignored what was going on around them and ploughed a furrow that was all of their very own. These guys believed in themselves, were true to themselves, were brimming full of self confidence and refused to be shaken by outside criticism. They really needed all of that too because, about five minutes after this album hit the streets in 1969, it hit the bargain bins with a thud. It was toally ignored.
Some albums just don’t hold up over the years but this one has grown, like a hardy flower peeking from between concrete slabs, growing in recognisable quality and subsequent reputation as each year passes. It’s an incredible piece of straight ahead rock’n’roll. Contemporary to its time (and yet simple enough to be almost timseless) but with none of the artificial period nostalgia and fun (oh yes, lots and lots of fun), this is an album to seek out and wallow in. You too can bathe in a well that is occupied by proto-’70s punk, ’50s New Orleans R&B, country music, ragtime…you name it.
From the Stones-esque Love Have Mercy, the balladic A Part From That, the rocking The Girl Can’t Help It, Rockin’ Pneumonia and the Boogie Woogie Flu to the country vibes of Brushfire, this album was and is one of the most original rock albums in existence. 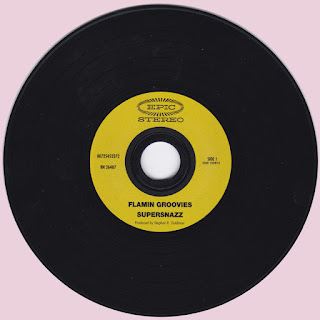