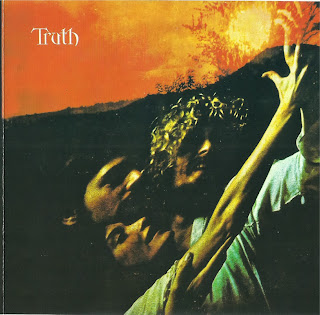 This short-lived trio was led by Michael DeGreve, who’d been a rock critic for the Los Angeles Times as of 1966. when he was only 19, bringing him into contact with legends such as Jimi Hendrix, Janis Joplin and Jim Morrison.

In 1968 he decided to switch his focus to music-making, forming a band named The Lid As of early 1970, DeGreve and bassist John Latin! were recording the cult album The Visit with their friend Bob Smith, as well as playing with their own band, Truth, along with a couple from New York who were also trying to make it as actors.

They soon signed to the tiny People label (based at 6430 Sunset Boulevard), run by former Motown A’n’R director Mickey Stevenson, who had recently moved to Los Angeles and was apparently curious to dabble in hippie music. Truth made their sole album with three different producers - Stevenson, Clarence Paul (a former Motown producer) and Leon Ware (a songwriter for Ike & Tina Turner, Michael Jackson, Diana Ross and many others).

Despite these strong connections to black music, the album's sound is closer to straight pop, with folk and occasional country and psychedelic influences, rich harmony vocals and words that reference Eastern religion. Perhaps too eclectic to strike a chord with audiences, it was released with no fanfare, and sold in tiny quantities.

As Latini has since recalled, 'We did a promo concert at the Palladium in Hollywood, with Blue Cheer and Flash Cadillac & The Continental Kids. Unfortunately, the husband and wife split from each other and the group went by the wayside.' As for People, only one other record is known to have appeared on it - soul singer Kim Weston's Big Brass Four Poster. It has since been stated that this was the same People label that James Brown ran, but this seems to be inaccurate, as Brown's label wasn't founded until 1971.
CD Liner-notes 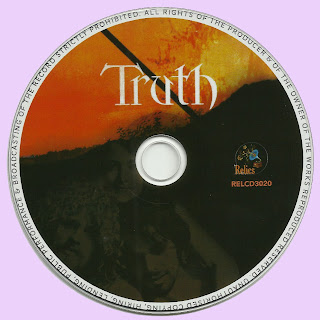 Free Text
Just Paste
Posted by Marios at 11:53 AM 4 comments: