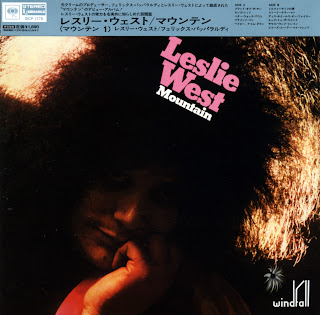 Leslie West imposed himself on the national music scene with a blistering performance at the Woodstock Festival in 1969. The rotund musician had made a name for himself on the East Coast as the lead guitarist for the Vagrants. He went solo in 1969 with an album titled Mountain, which featured bass playing and production by Felix Pappalardi, the multi-faceted individual who oversaw production of Cream's psychedelic blues masterpiece Disraeli Gears. Pappalardi applied the same studio mastery to Mountain, and netted a gig as West's studio and touring band bass player.

The partnership eventually evolved into the heavy metal group Mountain, after drummer Corky Laing and keyboardist Steve Knight enlisted. Mountain enjoyed modest success as a critically panned Cream-wannabe band, but thrilled live audiences with such raucous fare as the single "Mississippi Queen." After Mountain broke up, West enjoyed a stint as leader of the power trio West, Bruce & Laing, featuring his Mountain drummer and former Cream bassist, singer, and composer Jack Bruce. Amazingly, the group met with little success, and West once again went solo. Since his professional heyday of the 1970s, West has released several critically well-received albums in between semi-regular re-formations of Mountain.

West was born Leslie Weinstein in Forest Hills, New York. West's uncle, Will Glickman, worked as a writer for the Jackie Gleason Show. West's grandmother took him to a filming of the show, only to find out that the scheduled filming had been canceled. Instead, he wound up sitting in the studio audience of Elvis Presley's inaugural television appearance on The Stage Show. Mesmerized, the young Weinstein took up the guitar. His first band, the Vagrants, initially began playing rhythm-and-blues cover songs, much like other Long Island, New York, bands such as the Young Rascals and Jay and the Americans.

While playing a residency at the Rolling Stone Club in New York City, the band earned recording contracts with Vanguard Records and Atco. The latter was the American label for the British Rock power trio Cream, which featured Eric Clapton, Ginger Baker, and Jack Bruce. The group's breakout single was supposed to be a cover of Otis Redding's "Respect," but Atco overshadowed the release by issuing Aretha Franklin's version.

After several other singles failed to receive national attention, West recorded Mountain with production and bass playing by Pappalardi and drumming from N.D. Smart. Pappalardi, as noted previously, had produced Cream's Disraeli Gears, and the sound he captured for West's solo effort was a combination of Cream and fellow power trio the Jimi Hendrix Experience. Gail Collins, Pappalardi's future wife, contributed lyrics to the Cream single "Strange Brew." All Music Guide critic William Rhulmann characterized the Mountain outing as "dominated by West's throaty roar of a voice and inventive blues-rock guitar playing." 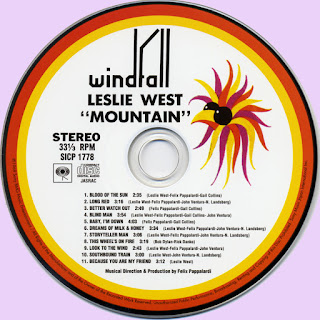