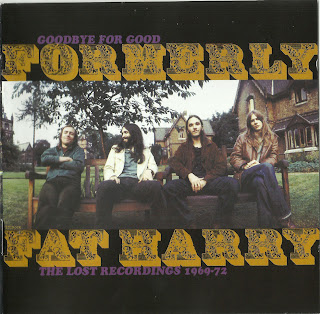 Formerly Fat Harry are one the forgotten greats of late '60s British rock. The band was formed in London in 1969 by ex-Country Joe & the Fish bassist Bruce Barthol and two old friends from the Berkeley California folk music scene, Gary Petersen and Phil Greenberg. Fat Harry was soon signed up by the original Pink Floyd management company.

Playing a highly idiosyncratic brand of Americana that frequently experimented with jazz time signatures, the band played at two of the now legendary free concerts in Hyde Park, the 1970 Bath Festival, Phun City and many of the clubs of the era such as The Marquee in London.

A quartet of 'musician's musicians', admired by everyone from Ralph McTell to Edgar Broughton and Michael Chapman, the group made only one LP for Harvest Records before disbanding in 1972. Though reflecting their musical and song-writing abilities, that record failed to capture their true flavour.

Now, this previously unreleased collection of studio demos and live recordings (taken from the band's own archive) finally sets the record straight, delivering a heady mix of country, folk, blues and psychedelia, as well as including for the first time ever a version of their much-loved live favourite, 'Mariachi Riff'.

The accompanying 16 page CD booklet includes comprehensive liner notes, featuring interviews with the band, plus rare photographs from their own archive.
by Hux 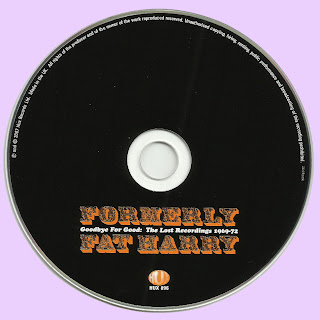 Free Text
Text Host
Posted by Marios at 7:42 AM 17 comments: