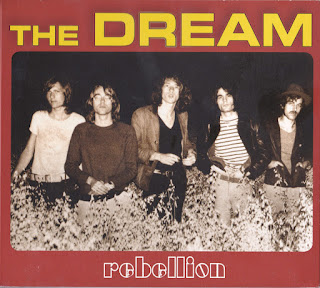 In 1966 a psychedelic rock band is formed in Tiel, under the name Mother's Love. The musicians were Floris Kolvenbach (guitar), John van Buren (organ, piano), Rini Wikkerink (guitar), John van Buren (drums) and Jan van Doesburg (bass guitar). The latter is replaced by Rob Heuff in 1967. They release two singles: Raise the sails / Saint without glory and Highway to heaven / Lady from the ballroom. One year later an album, Take one, is released. The album doesn't sell well and the name of the band is changed into Dream. With this new name another single is released in 1968, The doting king / Expert jump out.
This time the band is more succesful. They play concerts with Pink Floyd. In the mean time they change drummers, newcomer is Karel Zwart. In 1969 another single is released, Rebellion / The monarchy, in the same year there is also a new bass player, Edgar Swanenburg. The band is invited to play at the Kralingen festival in 1970, and is invited to play at the first edition of Pinkpop. They also perform on tv, for over an hour in the program Dit is het begin, where they perform parts of the rock-opera The peacock and the rat. In 1971 saw the release of their third single Can you hear me howlin' / Still alive. In 1972 the band ends. Floris Kolvenbach starts the experimental formation Metal Voices. In 1994 he releases the album A journey from Europe to the common world. 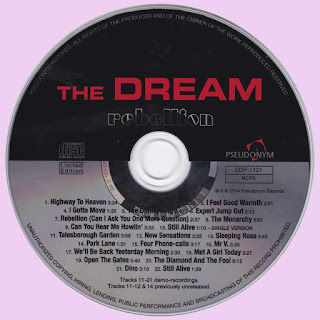