The Unfolding - How to Blow Your Mind And Have A Freak-Out Party (1967 us, fascinating trippy acid psych) 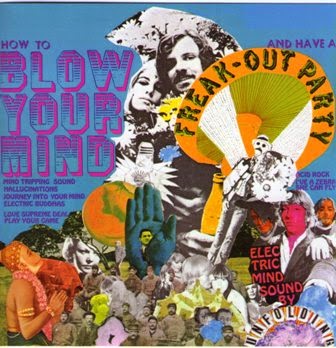 Music inspired from weed, alcohol, or LSD is pretty different. Weed makes stoned kind of freak-out music, alcohol creates smoky kind of freak-out moments, while LSD keeps things clear, only adds elements that are supposed not to be there, or makes more from what is there. So, do I suppose that the Unfolding expresses some kind of LSD party ? Yes, something like that. It is in general much more British in sound than American, also because it has a certain humour, colourful, like a circus, showing lots of things, often several things at the same time. I can easily imagine with it, typical 70’s animation movies made of colourful collages, bringing us from one world into the next.

I don’t think this is directly inspired by drugs, but the idea to create a rich world of expression surely is exploited (with humour, I repeat, with humour). The freak-out party has two sections, I say rooms for the party to visit. I would say that there is the room of the hopeful, the living, partying with the music from the A-side : the ‘Acid Rock’ part, and then there’s also a chill-out room, for the hopeless, or for the consciously or unconsciously dying, who get the music from “the meditation site”. All wannebees will get there their legal doses of oriental meditations.

The Acid-rockers have a Hendrix-typed freak-out rock track, with wonderful lyrics like “I need to get high in the sky I wonder Why”, a freakbeat track with ’60 harmony vocals, another danceable west coast psychedelia track, and then, there is a special track for the special guest of the evening, the sexy opera singer Flora, where, while she is singing, others smoke giant sacks of marihuana, and while their flute, I mean some flute is playing with the singer, I mean flutes along with her vocals, creating a Russ Meyer kind of soundtrack and fantasy, which is my favourite track  (and place?). Last track on this session is called “Love Surpreme Deal”, which is a psychedelic version with a marching-band-on-a-rolling-exercise-machine rhythm kind of folkrock, with a slightly unsteady rhythm, and a UFO sound in the background coming in here and there, ending with a real surreal circus ride.

The chill-out side has plenty of varied food for meditations. “Prana” has all the yin yang yoga mishmash, sitars, and kundallinis, oohs and aahs, gurus and guiding rituals, and everything with number 7, leading to the next track and Buddha state with more spoken word on “Electric Buddha” with OMmmms, klingklangs bells, and background chitchats. And also the “hare Krishna’s” are there, who, like innocent fools repeat themselves, in a state of psychedelic, with the ‘nonsense of the children’, making a ritual, with additional bongos and boneheads and a funny organ drone.

Last track, and final state for the end of the party is when hearing the parable, preparing yourself for a state of ultimate wisdom with flute improvisation : very entertaining. In all fun, everything on the record can be taken extremely serious. An entertaining album !
Psych-Music

It's easy to organize a FREAK-OUT PARTY, all you have to do is relax your mind and let things happen. Digging wild psychedelic colors, swinging with way-out sounds, grooving on yourself, grooving on everything at once. LOVE.

To set the scene for the party, spray pop bottles or an old chair with DAY-GLOW PAINT in bright colors, then light the whole room with DAY-GLOW light (you can buy these in any hardware or art-supply stores). This will make everything glow with weird luminous psychedelic colors. Guaranteed to blow their minds right away.

You can really turn your guests on with a mind-blowing light show with two things you probably have in your house right now: a TV set and a see-through kaleidoscope (not the kind with colored glass in the bottom). First put a rock and roll record on the phonograph. Turn on your TV and make the image jump in time to the music by turning the vertical knob all the way to the left or right. Now point the kaleidoscope at the TV screen. This is a guaranteed TRIP. Now play the same record at another speed. YOU ARE NOW FREAKING OUT. Enjoy it.

TURN ON yourself and your guests to an ancient Indian chant which brings ecstasy and peace of mind. When the chanting begins on the A side of this record join in. It will really BLOW YOUR MIND, a guaranteed trip into another dimension of consciousness. George Harrison has said of this chant (International Times No. 13) "...saying Krishna, Krishna, Krishna, Krishna...it's not the words you're saying, it's the sounds...sounds are vibrations and the more you can put into that vibration, the more you can get out...these vibrations that you get through yoga, cosmic chants...it's such a buzz, it buzzes you out of everywhere."
Hipwax 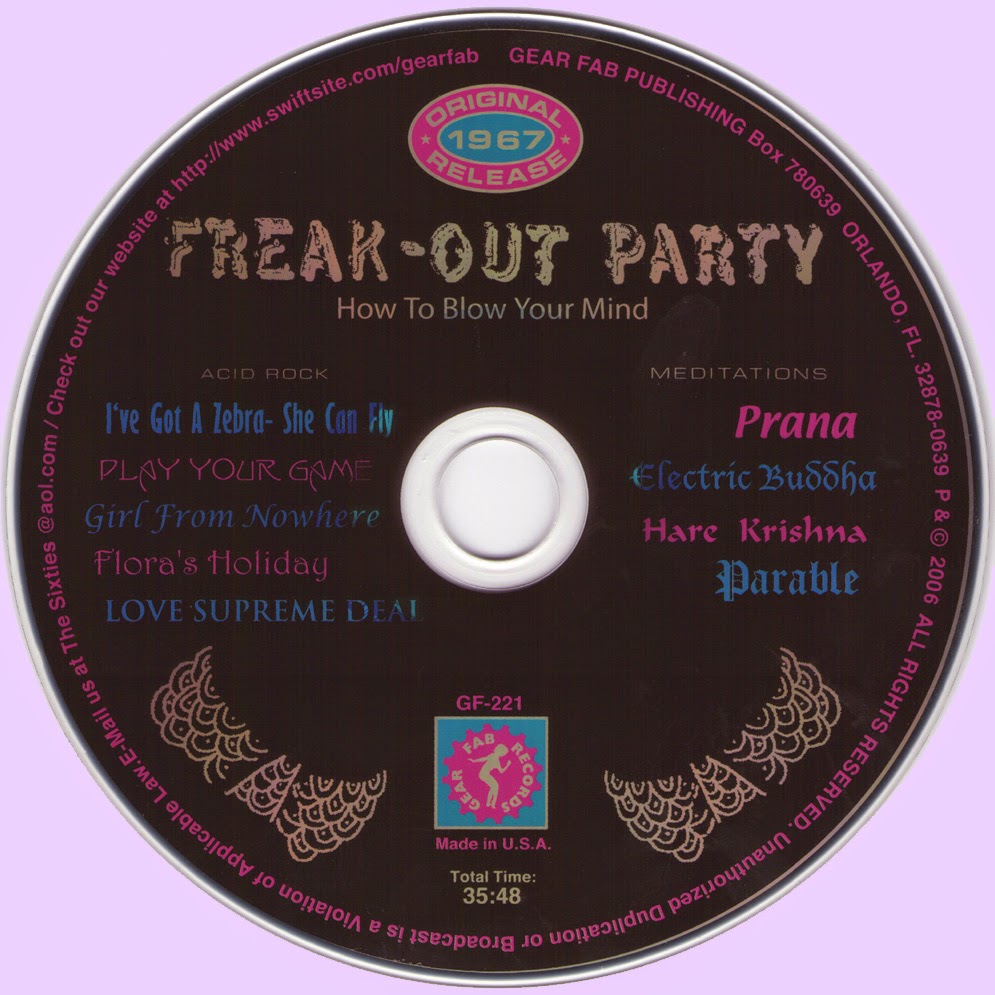