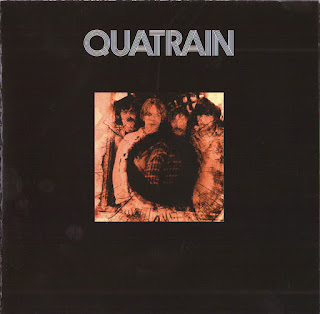 Those of us who were fortunate enough to be part of the excitement and enchantment of Los Angeles’ psychedelic and popular music movement between 1964 and 1969 gaze back glowingly and longingly upon those halcyon and magical times. Quatrain was part of the flow and pulse of the musical weaves in those politically and socially turbulent, but equally carefree and provocative moments in Los Angeles.

Los Angeles was truly something in the 1960s: Open, creative, still innocent, but growing bolder and openly seeking new musical and sociological paths.  The Watts Riots, the Sunset Strip music scene, love-ins, sit-ins, free love, drugs, and the Laurel and Topanga Canyon scenes marked the bright side.  Viet Nam dragged on, and Armstrong would soon walk on the Moon.

But the foreboding and chilling event that marked the culmination of the 1960s was the rude awakening brought about by the Tate and Labianca tragedies. Innocence in Los Angeles had been forever lost, and Quatrain went through the changes warily, like everyone else in the summer of 1969.

Quatrain was a garage band out of the San Fernando Valley and was originally formed in 1963 as The Fourth Shadow by founding members Senneville and Pease, with Lekas joining to play drums and sing in November of 1964 after a stint as an aerospace worker and part-time surf band drummer. Pease was a talented folk musician and excellent writer, as was Senneville.

Bassist Mark Johnson and guitarist Bruce Epstein were added in early 1965 to complete the first version of the quartet after Pease had gone off to the military. The group was mostly a cover band then.

Tireless promoter and personal manager Billy Marcot provided direction and early gigs for the foursome. Roger “Turk” Anderson and a young but sagacious Russ Deck were the group’s spiritual advisors and close associates. The group, still called The Fourth Shadow at the time, covered a lot of British Invasion material, with the usual au fait and de rigueur black turtlenecks and sport coats. School hops, parties, and beer bars were typical venues for The Fourth Shadow.

In 1966, the group, then known as The Berries, which was at the time holding court as the house band at The Middle Earth on Ventura Boulevard in Reseda, was signed by Doubleshot Records of Hollywood, but nothing materialized except for a national Pillsbury radio jingle for “Gorilla Milk,” a breakfast mix product that went nowhere, much like two singles released on Doubleshot by The Human Jungle, as the boys were known, with Joe Hooven and Hal Wynn as producers. Wynn and Hooven had previously struck gold with The Count Five’s “Psychotic Reaction,” and Brenton Wood with “The Oogum-Boogum Song” and “Gimme Little Sign.”

The band was booked by Doubleshot to play a dance in Pasadena as The Plastic Zoo, and the embarrassment of performing under that name for one gig was obviated by the opportunity to share the bill as one of five groups with the then just-formed, talented, and up and coming Three Dog Night.

The Plastic Zoo and The Human Jungle experiments, and the affiliation with Doubleshot Records, ended as quickly as they had begun, and the boys thankfully returned to playing clubs around Hollywood and the San Fernando Valley as The Berries.

In 1967, Lekas suggested “Quatrain” as a new name after spending a few weeks reading the quatrains of Omar Khayam. The group agreed to the change, and the new name stuck. 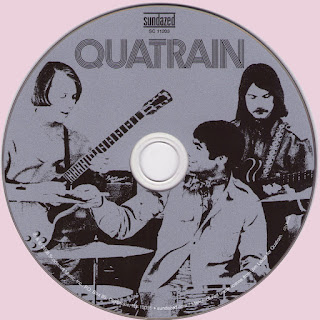