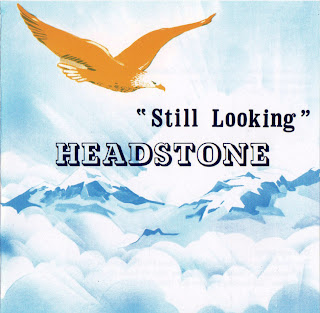 Headstone consisted of three Fiynn brothers and a friend Torn Applegate who recorded this, their sole album at the Rome Recording Studios in Columbus Ohio in 1974. Interestingly the Rome Studios, which still exist today, was run by jack Casey and provided studio facilities to primarily Christian bands at the time although there is no evidence that Headstone were a Xian band. Ohio was full of obscure hard rock bands in the 70s and many of their self-released albums have stood the test of time.

This album is of a consistent high quality throughout and has been described as psychedelic and there are certainly some psych tinges but what we are talking about here is good old-fashioned hard rock of the BOC, Steppenwolf or ZZ Top variety mixed with a couple of potentially commercial and catchy hard rock pop tracks like "Peace of Mind*" and "Springtime" with vocals that would compete for the AOR FM plays if it weren't for the roughness of the production.

But this is a good thing in the same way as say the Morgan album. OK Morgen is more psychedelic hue that's more to do with the time gap of 1969 to this album’s 1974 and the Headstone vocals are more Styx than the punky snarl of Morgan but both albums have the same raw energy and pounding drumming high up in the mix making it part of the music rather than simply a rhythm section.

This album is full of fuzz and extended guitar solos and most of the tracks are well constructed with lots of tempo changes and well played with super swirling Hammond, hard drumming, hard riffing and lots of guitar effects. Headstones sole album is presented here with 4 extra tracks consisting of both sides of their 2 non-album 45s. 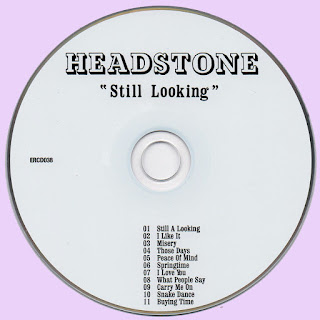