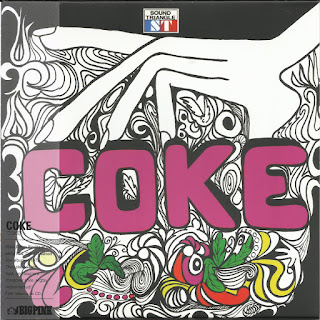 At it’s inception, the bands’ name was not COKE. The original name of the group was “Instant Garage Band.” The name COKE emerged later during a rehearsal session when the original members decided they needed a catchier name. Those founding members were Ariel Hernandez (bass), Paul “Polito” Garcia (guitar), Ruben Perez (drums), Gary (lead vocal), and an Italian fellow by the name of Tony (keyboard) who was sipping a Coca-Cola during rehearsal and said “why don’t we call it COKE.” As they say, the rest is history. From that day on “Instant Garage Band” was COKE – short and sweet.

One of the most recognized local bands in Miami at the time were the Antiques. The Antiques were in high demand for Quinces, Open Houses and private events, but that was about to change. You see, in 1971 a “Battle of the Bands” event took place at Dinner Key Auditorium. Much to everyone’s surprise, including the Antiques, little known COKE played so well that day the crowning Antiques had their work cutout for them.

The Battle of the Bands first prize winner (or winners I should say) turned out to be both COKE and The Antiques. It became a three way tie between COKE, The Antiques and 2 Plus 1 (if I’m not mistaken.) The award ceremony took place at Salon Sophia, and the trophies were presented to the bands by “La Gorda de Oro.” Do you remember “La Gorda de Oro?” She was Mirta Silva, the Puerto Rican singer, composer and television producer who was affectionately known as “La Gorda De Oro”.

That event put COKE on the local map and it set the stage for a recording opportunity that allowed the band to get recognized in other markets like New York, Chicago, Los Angeles and Puerto Rico. That’s when the Coca-Cola Bottling Company steps in and stops the boys dead on their tracks. In order to protect its brand, the company served them with a legal letter to cease and desist from using the Coke brand as their name. Ouch! This put a dampener on things for sure. By now the band had already established an identity and had carved a niche for itself with its fusion of Latin rock, psychedelia, and funk that was part of the Miami Sound.

In March of 1973, COKE was #14 in Chicago in the Latin Billboards and #12 in Los Angeles (see figure 1 on the right.) They were still climbing the charts and the record promoters had a lot of money at stake, so they replaced the K with Q (COKE to COQE) to stay under the radar of the Coca-Cola Bottling Company. Two months later in May of ’73, COKE had climbed to #2 in Miami with the Antiques trailing close behind at #4 (see figure 2.) The following month COKE had dropped to # 6 in Miami while the Antiques hit #1 with “Dias Como Hoy” sung by Eddy Diaz.

The demand from the Coca-Cola Bottling Company to cease and desist came the following year in ’74. That very same year, the band officially changed their name to “Opus” upon the release of their second album entitled ‘Opus’ featuring Frankie B (Frank Batista) as lead singer.  The album included popular hits such as “Beware”, “Marta” and “Get Yourself Up”. Shortly after, the band recruited saxophonist, Chester Rosas-Guyon. Months later Peter Fernandez joined the Antiques as lead singer and Joe “Tito” Rubio on keyboard and were part of the “Antiques Experience” – the album with the hit song “Cuando Vuelva a tu Lado.”
by Frank Prieto on April 22, 2012 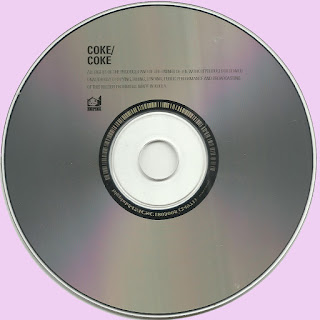