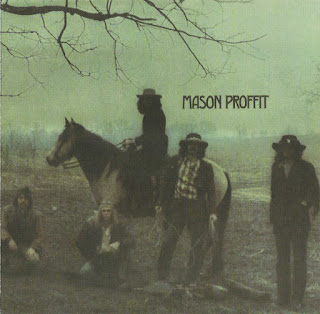 Mason Proffit were an unknown country-rock band that released 5 good albums between 1969 to 1973. They originally formed out of the ashes of Sounds Unlimited, a hard edged Chicago garage band with a good sense of melody and song structure. Mason Proffit had strong elements of blue grass and folk in their sound but could also rock hard when the mood suited them. They were all excellent musicians and wrote poetic lyrics that occasionally reflected the times (war, protest, and religion).

Wanted was one of the first country-rock records, released off the Happy Tiger label (Dunwich) in 1969. Terry (guitar and vocals) and Johnny Talbot (guitar and vocals) were the foundation of Mason Proffit and often sang beautiful tenor harmonies. Wanted should really be up there with the country rock innovators but many feel that Mason Proffit lacked notoriety because their records were released off small independent labels. It’s an ambitious album to say the least and similar to latter period Byrd gems The Ballad of Easy Rider (1969) and Untitled (1970).

Two Hangmen is a folk-rock song that received lots a radio exposure back in the late 60’s and is now considered a folk-rock classic. It’s by far the most popular song on this record that has many more impressive moments throughout its 30 minutes plus running time. Some songs have sweeping orchestrations, such as the excellent country-rocker, You’ve Finally Found Your Love and a sensitive banjo ballad, Till The Sun’s Gone. Other tracks such as Voice of Change and Rectangle Picture are tuneful, quality songs that skillfully integrate political views and protest the current Vietnam War. A personal favorite is Sweet Lady Love, a pounding bayou rocker with pedal steel guitar and a great acid fuzz solo towards the end. It almost sounds like a great lost Creedence Clearwater Revival track and justifies purchasing this album alone.

For many years Wanted was unavailable but in 2006 the Water record label gave this great album a new lease on life. Mason Proffit would go on to make 4 other fine records though Last Night I Had The Strangest Dream (1971) is often quoted as their masterpiece.
by Jason Nardelli 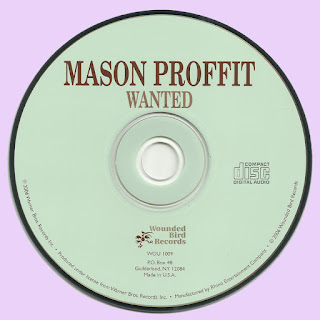