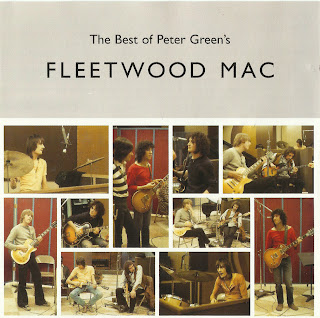 Peter Green has always been a modest man.That's why his group was named after two of its members, although venues tended to advertise their early appearances as by'Peter Green's Fleetwood Mac'.The magic that fell from his fingers in the songs collected here, he treated as a gift, a gift of which sometimes he felt unworthy to be custodian. Even so, he was eager to share this gift with those that wanted to hear it and that number swelled as his talent took wings.

Fleetwood Mac was a phenomenon of the late Sixties. The advent of the Rolling Stones, the Yardbirds and John Mayall's Bluesbreakers made blues commercially viable in Britain but the wave had peaked by the time Fleetwood Mac's self-titled debut album was released in February 1968. Nevertheless, such was its impact that it remained on the album chart for an astonishing nine months after topping out at no. 4. By that time a second album, 'Mr Wonderful', had been released in August and reached a very respectable no. 10. Two singles, Peter's own 'Black Magic Woman' and 'Need Your Love So Bad', emerged during these months and frequented the lower reaches of the Top Forty.

The statistics were impressive but there was one further to add to the list. The instrumental, 'Albatross', came out in November 1968 and climbed the charts relentlessly while Scaffold's 'Lily the Pink' and Marmalade's 'Ob-La-Di Ob-La-Da' exchanged the no. I spot over Christmas and New Year. Finally, in the week ending February 1st, 1969,'Albatross', a masterpiece of atmosphere and control - an unlikely product of a blues band - became the best-selling single in Britain. But Fleetwood Mac were always more than just a blues band, even when in their early days they were, as Mike Fleetwood wrote later,'... a funny, vulgar, drunken vaudeville blues band . . . playing music as much to amuse ourselves as to please an audience and make money'.

Their camaraderie was tight, a closeness to which they could retreat when the pressure got too much. More than other bands of the time, each man had a distinct personality with enough rough edges to guarantee a healthy friction in the inevitable clashes. Although democracy was the watchword, everyone looked to Peter to have the final say on and off-stage. Peter was a complex individual; the modesty already noted was counteracted by a fierce sense of his own worth. It enabled him to both bathe in and shun the limelight that focussed upon him.

The original Fleetwood Mac was very nearly a trio; Peter was more than capable of handling rhythm and lead guitar. But perhaps he decided that was just too much pressure and so Jeremy Spencer became his on-stage foil. Jeremy's eerily accurate Elmore James vocals and slide guitar on 'Shake Your Moneymaker' or'My Heart Beat Like A Hammer' made a brash contrast with the emotional rigour of Peter's 'Merry Go Round' and 'Worried Dream'. And it helped that Jeremy's gift of mimicry included rock'n'roll slob Earl Vince, for whose splenetic mini-dramas the band became the Valiants. Jeremy was a man of even sharper contrasts. A livewire when performing on stage, he could be obsessively moody and morose backstage. Spectacularly vulgar at times, there was always a Bible close by. He and Mick would argue over who would wear Harold, the sixteen-inch" pink dildo, on stage, but then Mick habitually had two wooden balls dangling from his belt.

Although he usually deferred to Peter, Mick also had a head for business when he wasn't drunk or otherwise incapable. It was a facet of his character that took a while to properly manifest itself with later incarnations of the band. The original quartet was complete by John McVie, the bass player personified. A drinker of Falstaffian proportions, his taste for a wet had often got him sacked from the Bluesbreakers. But the Mac were more tolerant. Quiet, unassuming and doggedly set in his ways, he was the rock on which the band's cohesion relied. 'I play slightly behind the beat,' Mick asserted, 'while John plays slightly ahead of it. We meet somewhere in the middle and to us it sounds just right.' Together, they made a formidable and durable team.

Then, in between the band's first and second tours of America, Danny Kirwan arrived. Young, talented, in awe of Peter at first but soon his accomplished foil on stage. Through his interest in musicians like Django Reinhardt, Danny's heightened sense of melody was something to which Peter eagerly responded.The composer credit for 'Albatross' went to Peter but without Danny's help it might not have been realised nor become the timeless classic it has grown to be. Soon their twin guitars would be turning'Rattlesnake Shake' into an extended jam session that rivalled the Grateful Dead at their best. But it was while the band was at a creative peak that it began to fall apart.

The seeds of its destruction were in Peter's 'Man Of The World' and "Green Manalish", which despite being Top Ten hits spoke of his inner turmoil, his disillusionment with the business of music and fame. Between them, the twopart 'Oh Well', with its heavy rock beginning, its long acoustic denouement and its self-deprecating lyrics telegraphing the crisis that was at hand. First Peter and then Jeremy quit the band amidst sensational press coverage. Helping out on some of the Mac's later sessions had been pianist Christine Perfect, who took the lead vocal on her band Chicken Shack's biggest hit, 'I'd Rather Go Blind'.

In August 1968 she became Christine McVie and after a brief and abortive solo career joined Fleetwood Mac in the summer of 1970 as Mick and John rebuilt the band that would become a major force in popular music. Peter entered a long period of retreat from music that has happily come full circle. Now he and the Splinter Group are regaining some of the prestige and acclaim to which he was treated so many years ago. A new version of 'Albatross' by Chris Coco features Peter's signature guitar tone.  It's a sound for the new century but it can't eclipse the perennial impact of the 1968 original.

The first flush of Fleetwood Mac's fame covered just four brief years but in that time its records charted the move from blues into the broader sweep of popular music. This is the soundtrack of those times.
by Neil Slaven 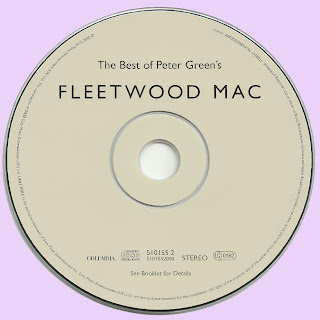