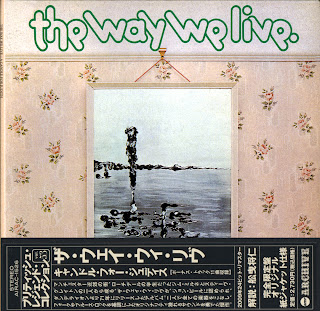 Titled for the name under which Tractor plied their trade around the time of their earliest recordings, The Way We Live is an astonishing collection of rarities, outtakes and more, serving up a stunning snapshot of this most versatile of early-'70s duos. The main attraction, of course, is a full reissue for the band's 1971 debut LP A Candle for Judith, an eight-track masterpiece that remains as electrifyingly original today as it was upon its release.

From there, the album moves on to two early-'70s oddities, "Watching White Stars" from 1972, and an alternate version of 1972's "Marie." Another 1970 cut, "One Eyed Mule," appears later in the set. But the majority of the remainder of The Way We Live tracks Tractor through their later years -- a 1977 single, "Northern City," and a clutch of numbers recorded during 2002-2003.

What might astonish the casual listener, however, is the sheer consistency of the material, a feat that few acts, recording on either side of a 30-year hiatus, can muster. Tractor, however, pull it off, and the second half of The Way We Live emerges one of the brightest jewels in their entire catalog. The status of the first half, of course, is already assured.
by Dave Thompson 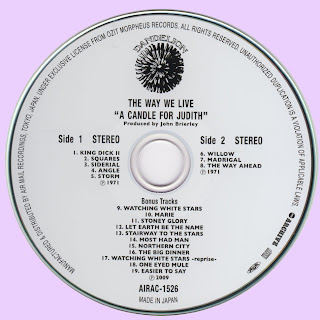