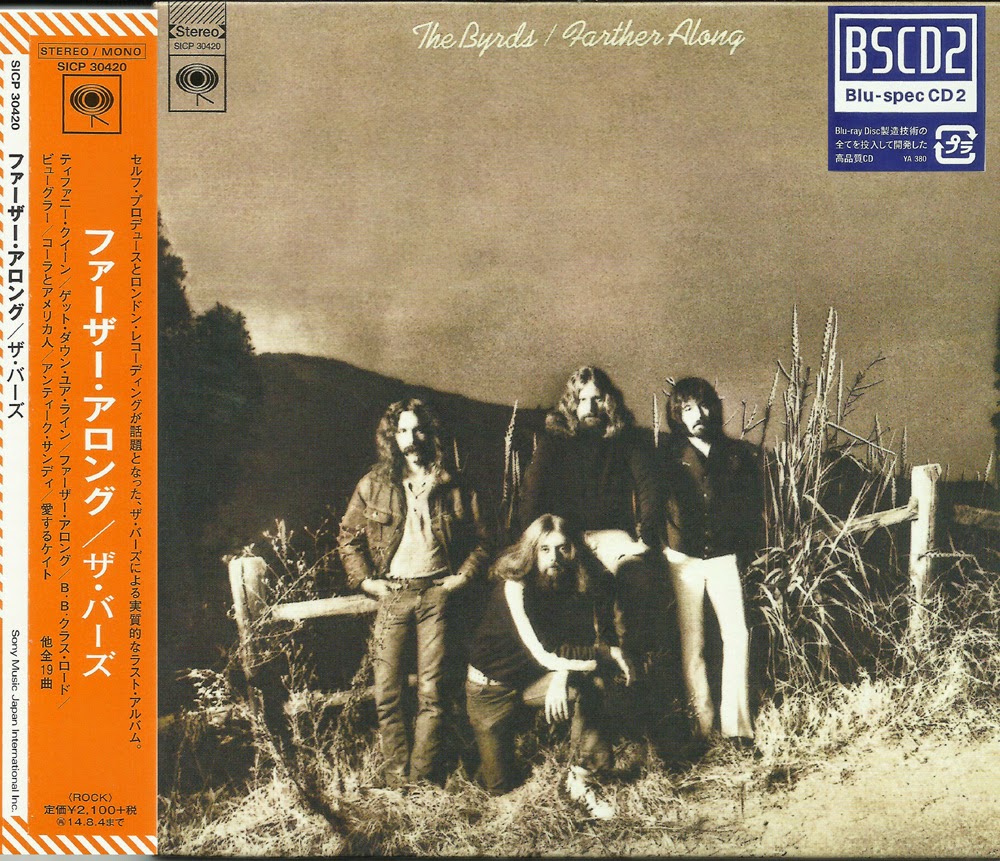 It's been pretty well established that The Byrds had long gone past their expiration date. Roger McGuinn had already peaked as a songwriter, and none of the other band members he brought in were particularly notable songsmiths. Really, if you listen to this album, you'll likely find it to be inconsequential and without any original ideas to speak of. Well, despite that, Farther Along is an incredibly pleasing album. They learned from their mistakes well, and they started to actually sound like they were enjoying themselves! As it goes, the audience has a better chance of enjoying an album if the artists seem like they enjoyed creating it.

“Tiffany Queen” is a good start, and the only song of the album that could be construed as rock 'n' roll (and that includes the song called “Born to Rock 'n' Roll” in the bonus tracks). It's actually a somewhat convincing riff-rock song, and that's surprising considering I didn't think these guys knew what rock 'n' roll was! Yeah, it's still a tad flat, and they shouldn't have relied on a generic '50s R&B melody, but it's a sort of crunchy song that's fun to listen to. “Get Down Your Line” marks the moment when I suspected these guys were actually enjoying themselves. Musically the song isn't any great shakes, but all the band members join in for the chorus with incredibly unrehearsed, unpolished vocals and sound like they're having a blast. That's all that matters, I guess.

Nothing on here can really top “Bugler,” which probably deserves a place as a classic on these McGuinn-era Byrds albums, though not a major one. Once again, it's nothing spell bounding, but that light breezy melody is rather fun for me to hear. They also favor some rich, organic guitars, which makes it sound even better! What's more, that slide guitar is gorgeous!!

“B. B. Class Roadie” is a typical piano-boogie, but that comically guttural vocal performance keeps it lively and even comedic. It's as generic as it gets, and the musicianship isn't amazing or anything, but it's admittedly fun to hear it. “America's Great National Pastime” is even funnier, though. It sounds like a theatrical Dixieland parody (with some skiffle guitars and a music hall piano), and the lyrics are very silly. A lot of people think that song is dorky, and it is, but that's the point! ... I'm just glad they're not boring me to death with another zero-calorie gospel-folk number.

The last five songs of the album are generally the weakest, though many of them are still quite nice. “Antique Sandy” is a pleasant, atmospheric ballad with an interesting use of a vocal echo effect. That was close to being another one of their dull ballads, but with that effect and those pretty, well-mixed guitars, it had a chance to show its colors a bit. “Precious Kate” is a little dull, though... It's not a bad listen, but they don't come up with too many great ideas for it. “So Fine” and “Lazy Waters” also don't impress me much, but they're still tuneful enough for me to gather interest in it. The album ends with a finger pickin' bluegrass instrumental that sounds like royalty-free stock music. I know I already said the other songs don't have an ounce of originality, but that fact didn't seem to overwhelmingly bother me until that point. Ah well... It's the last track, and it doesn't do any harm.

The bonus tracks are surprisingly nice for bonus tracks! Many of the songs would later appear on McGuinn's solo career... which means that I know what his solo career sounds like now! Exactly like these late-career Byrds albums! “Lost My Drivin' Wheel” is very light and very nice. It's a cool sort of country-rock tune. “Born to Rock 'n' Roll” goes back and forth between a rather beautiful ballad and a more rockin' chorus. The ballad part is *much* better. Roger McGuinn was *not* born to rock 'n' roll! “Bag Full of Money” is likable, but clearly the lesser of the bonus tracks.

While this album isn't even close to measuring up to the classic Byrds albums, it's an incredibly even album and possibly the best of the McGuinn-era works. I guess the major problem with it is that it's without a single, really compelling song that's an equal to beautiful numbers like “Ballad of Easy Rider” and “Lover of the Bayou.” The closest thing this album has is “Buglar,” and there's next to no chance that you'll get that one stuck in your head... So, this is a solid album, but there's not much that will inspire you to listen to this too frequently.
by Michael Lawrence 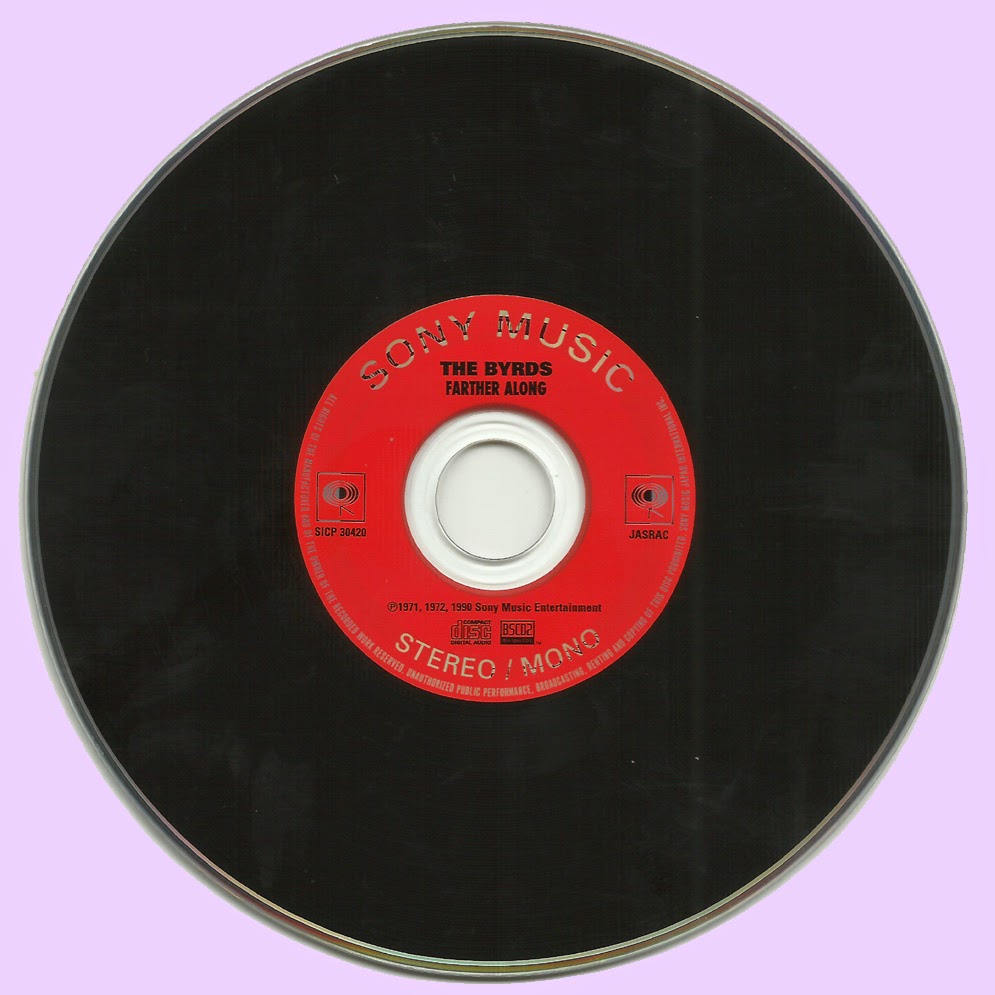 Free Text
Text Host
Posted by Marios at 2:17 AM 6 comments: