The Glass Menagerie - Have You Forgotten Who We Are? The Anthology (1968-69 uk, a precious glimpse of beat psych rock, 2019 digi pak remaster) 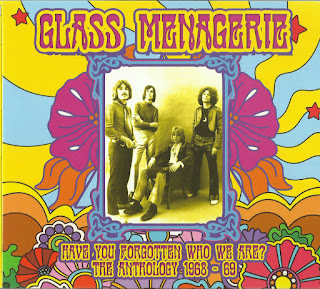 When guitarist Alan Kendall (ex-Kris Ryan & The Questions) and bass player from Nelson John (Megs) Medley left the backing group of The Truth (singers Frank Aiello and Steve Gold, who had reached number 27 in the charts in 1966 with the Beatles song Girl) they teamed up in August 1967 with three ex - members of Burnley band The Raging Storms: Lou Stonebridge (from Bury), vocals, Keith O’Connell, organ, and Bill Atkinson, drums.

Inspired by the new wave of progressive/psychedelic rock, they were initially a covers band, playing material by Blood, Sweat and Tears, Leonard Cohen, The Doors, Traffic, Lovin’ Spoonful and Jefferson Airplane. They quickly developed into an excellent group with a strong following, and in 1968 they signed with the John Gunnell agency, gained a recording contract with Pye Records, and moved to London. Soon after, organist Keith O’Connell left to join Geno Washington and The Ram Jam Band, and Lou Stonebridge took over on organ as well as vocals.

In 1968, three singles, produced by John Schroeder, were recorded for Pye: She’s A Rainbow/That’s When I Start To Love Her, You Didn’t Have To Be So Nice/Let’s All Run To The Sun and Frederick Jordan/I Said Goodbye To Me.

Although these were all excellent singles and enjoyed decent radio airplay, they were not hits, despite Glass Menagerie building up a national following via gigs, broadcasts on John Peel’s popular Top Gear BBC radio show and regular appearances at venues like London’s Marquee club.

In 1969 the John Gunnell agency amalgamated with the Robert Stigwood Organization and Glass Menagerie signed with Polydor Records and producer Chas Chandler. Two singles were recorded in 1969 – Have You Forgotten Who You Are/Do You Ever Think and Do My Thing Myself/Watching The World Pass By – and also an LP, but the singles were not hits and the LP was not released.

At the end of 1969, disillusioned by lack of success, Alan Kendall and John Medley left the band, the latter to return to his home town of Nelson. Tony Dangerfield, ex–Screaming Lord Sutch, was recruited on bass, and the band continued as a three-piece. After a tour of Europe with John Mayall in early 1970, Glass Menagerie broke up.

Lou Stonebridge worked with Paladin, with whom he recorded two albums, Paladin (1971) and Charge! (1972). He then joined McGuinness Flint, recording with them Rainbow (1973) and C’est La Vie (1974). He later worked with The Blues Band, The Dance Band and the Dave Kelly Band, and as a writer, producer and session musician.

Alan Kendall joined Cliff Bennett’s group Toe Fat and appeared on the LP Toe Fat Two. In 1971 he replaced Vince Melouney in the Bee Gees, and with Blue Weaver and Dennis Bryon from Amen Corner he was part of the Bee Gees Band that recorded Saturday Night Fever and received a share of the group’s earnings for the album. He remained with the Bee Gees, on and off, until the death of Maurice Gibb in 2003. 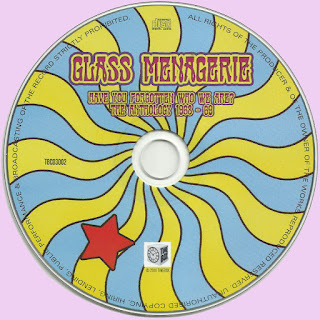