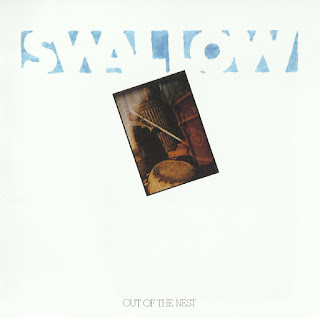 The first album from Swallow was produced by Jean Paul Salvatori, who put together the excellent Bootleg Him! double LP of Alexis Korner material this same year, 1972. Jeff "Skunk" Baxter of Ultimate Spinach, later with Steely Dan and the Doobie Brothers, appears on "Come Home Woman," an original from bassist Vern Miller Jr., who was part of the band who opened for the Beatles in 1966, the legendary Barry & the Remains. Miller's presence adds collectability to this debut. "Come Home Woman" would have been perfect for Alexis Korner, come to think of it, a bluesy lament which begins with Baxter's wonderful guitar work and picks up steam, letting George Leh open up and battle the horns -- the voice and instruments stir things up so fine.

"Aches and Pains" is one of the four Vern Miller Jr./George Leh co-writes, and it is gospel-tinged blues which spills over onto "Common Man." There's real personality here, music perhaps a little too earthy for the Blood, Sweat & Tears crowd, but authentic to the max. Recorded and mixed where Aerosmith cut "Dream On" and where Jonathan Edwards of Orphan tracked "Sunshine," "Out of the Nest" is post-Bosstown serious singing and playing. When it is all instrumental, as on pianist/tenor saxman David Woodford's "Shuffle," Boston veteran Parker Wheeler gets a chance to give a counterpoint to J. Geils Band harp player Magic Dick.

The harmonica on "Shuffle" admirably replaces George Leh's distinctive vocal. Leh's got that Nick Gravenites gravel growl on "Something Started Happening," a tune with charging dynamics, perhaps this band's strong suit. Miller's "Brown Eyed Baby Boy" is a plea for love with a solid hook that would work well for the Remains since that group started recording again in the new millennium. The Staple Singers' composition "Why Am I Treated So Bad," also covered by Cannonball Adderley and the Sweet Inspirations, adds another dimension to the mix, the organ of Bob Camacho getting to have its say. Mick Aranda's creative drumming is also worthy of note. Out of the Nest is an excellent document of early-'70s Boston roots rock/blues music with just a touch of jazz. This would make a nice two-fer with its follow-up, 1973's self-titled Swallow.
by Joe Viglione 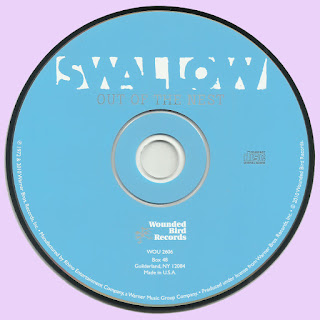