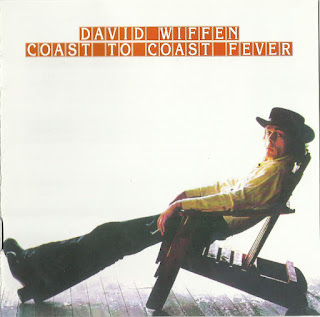 The name David Wiffen may or may not ring a bell, but to anyone with an interest in 1970s folk rock I can promise that at least one of his songs will. His material has seen quite a bit of mileage in other performers’ repertoires, and through them a small handful have even filtered up into popular consciousness. Tom Rush and The Byrds both threw their individual spins on “Driving Wheel,” Eric Andersen recorded “More Often Than Not” on his doomed-romantic classic Blue River, and calypso crooner Harry Belafonte rather unexpectedly included both “One Step” and the self-referential “Mister Wiffen” on his 1973 record Play Me. It was the age of the singer-songwriter and David Wiffen seemed to be the next big thing. So what happened?

Coast To Coast Fever, Wiffen’s follow-up to his critically-lauded debut, tells the tale. An informal concept album illustrating the life of the traveling musician and the rigors involved in trying to gain success as a songwriter, it plays as a sort of autobiographical meditation on where the man was at. “He played his tunes to empty rooms, right on down the line,” Wiffen sings on the melancholy title track, “but before he went the money got spent on good times, whiskey and wine.” As in the rest of the album, the singer’s guitar downright sparkles.

The production, courtesy of legendary Canadian songwriter Bruce Cockburn, is as laid back and stripped down as one would hope on a record like this, built around a wide acoustic piano sound and smokey percussion. Indeed, Wiffen could hardly have found a more sympathetic ear to this collection of beat meditations and road songs, and Cockburn’s understated guitar playing is arguably one of the record’s musical highlights.

It is hard to break this record into specific highlights when every piece of the puzzle is so essential to the album’s overall character, but a few key cuts do stand out. The down-and-out blues of “Smoke Rings” rests uneasily between gruff, masculine charm and absolute desolation, cigarette smoke drifting quietly out into an empty landscape and paralleling the sad admissions already found in “Coast To Coast Fever.” The story wouldn’t be quite so affecting if one did not get the feeling that this is not a man who has lost it all, but rather one who never had it to begin with, only having glimpsed the possibilities of fame and seen them immediately dissolve into a hard and bitter reality.

It’s a strange story for being so common, the successful songwriter that’s never able to make it on his own terms. Then again there must be some light to all this darkness considering that we are not only still listening to and talking about David Wiffen’s records, but that he’s still around and singing. The man even managed to record a belated follow-up to Coast To Coast Fever in 1999, featuring a handful of new songs that still stand strong alongside his most enduring material.

Whereas Wiffen’s debut seems to have disappeared into the aether, only having been reissued once by an independent Italian label before quickly falling back out of print (original copies of the album are obnoxiously hard to obtain, and have sold second-hand for several hundred dollars apiece), Coast To Coast Fever has remained somewhat easier to find. A North American release on compact disc remains available through most online retailers, and original vinyl copies seem to have seen far wider distribution than any of Wiffen’s other recordings, frequently appearing in record store cut-out bins and online auction sites.
by Nik (from the Rising Storm) 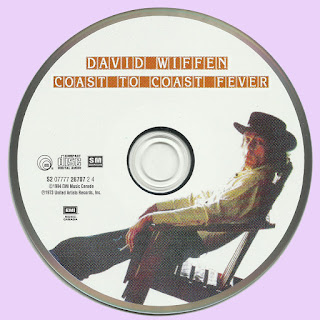 Free Text
Just Paste
Posted by Marios at 10:01 AM 4 comments: