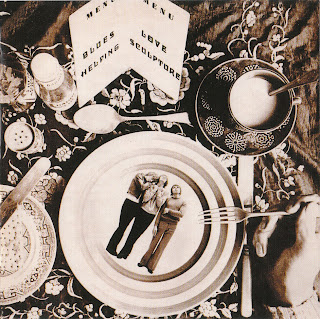 Long before he produced legendary albums by artists like Brinsley Schwarz and the Flamin' Groovies; before he had formed a musical partnership with pop/rock singer/songwriter Nick Lowe; even before he enjoyed a brief - albeit moderately successful - career as a solo artist during the 1980s, guitarist Dave Edmunds was a bluesman.

Yup. You read that correctly...singer, songwriter, guitarist, producer Dave Edmunds, who has worked with such artistically disparate artists as k.d. lang and the Stray Cats, Rockpile and Johnny Cash, and whose solo work was a maddening mish-mash of 1950s-styled rockabilly, vintage '60s British rock, and the 1980s-era infatuation with synths and keyboards and slick production...that Dave Edmunds was a blues-rock guitarist the equal of contemporaries like Eric Clapton, Peter Green, and Rory Gallagher. And you wondered why the Fabulous Thunderbirds chose Edmunds to produce their breakthrough 1986 album Tuff Enuff?

Before he wore any and all of the abovementioned musical hats, Edmunds cut his teeth with the long-lost British blues-rock outfit Love Sculpture. Formed in 1966 in response to England's ongoing love affair with the blues, and inspired by the popularity of John Mayall's Bluesbreakers with Eric Clapton and Peter Green's Fleetwood Mac, Love Sculpture was an early power trio consisting of Edmunds on vocals and guitar, John Williams on bass, and drummer Bob "Congo" Jones.

All three members of Love Sculpture had played together for years in bands such as the rockabilly-oriented trio the Raiders, and the blues-influenced Human Beans (who recorded one single for Columbia and shouldn't be confused with the Youngstown, Ohio frat-rock band the Human Beinz).

Signed to EMI's Parlophone label, the band released its 1968 debut album into a thriving British blues-rock scene that included Cream and Savoy Brown, among many other bands. A collection of blues and R&B standards, with a lone original song in the title track, Blues Helping was designed as a showcase for Edmund's underrated six-string pyrotechnics.

Although Edmunds has since stated that he knew little about the blues when recording Blues Helping, you couldn't tell it from the results. With his instrument slung low, Edmunds leads the band through a breakneck cover of Freddie King's "The Stumble," the sped-up instrumental proving the guitarist's mettle and fretboard dexterity. The set includes a smoky cover of Ray Charles' "I Believe To My Soul" that features bassist Williams belting out the vocals, accompanied by Edmunds' stinging leads. Elmore James' raucous "So Unkind" is provided a Chicago blues-styled rhythm and Edmunds' spry guitarwork.

An odd cover of the George Gershwin song "Summertime" provides one of those hippy-dippy 1960s flashback psych-pop moments, with lush instrumentation, echoed vocals, and delicate, tho' decidedly un-bluesy guitarplay. The old blues chestnut "On The Road Again" was based on Canned Heat's cover of the song earlier in the year, and it even sounds like Bob Hite, Al Wilson, and crew save for Edmunds' distinctive guitar tone and blistering solos. Otherwise, from the vocals down to the potent, driving rhythm, you'd swear that you were listening to the boogie kings from California.

An inspired cover of Willie Dixon's "Wang Dang Doodle" lopes along at an acceptable tempo, Williams' sly vocals peppered by shards of swaggering fretwork and supported by a hearty bassline as sticky and wide as two lanes of freshly-paved blacktop. Going back to the deep well that is Ray Charles' song catalog, "Come Back Baby" is a smoldering R&B bonfire with Jones' subtle brush-and-cymbal work and one of Edmunds' most dynamic solos. The album's title track, the instrumental "Blues Helping," features heaps of six-string notes that fly by with the speed and power of a tornado.

Four bonus tracks were tacked onto the end of Blues Helping, including an engaging cover of Tim Rose's folk-rock classic "Morning Dew (Take Me For A Walk)" by the pre-Love Sculpture line-up of the Human Beans, the 'A' side to their lone 7" single release. It's a fine cover, too, more in a psychedelic vein than blues-rock, but an impressive and original performance nonetheless. The 'B' side of the long-lost Human Beans single is a somewhat strained reading of the Isaac Hayes/Dave Porter gem "It's A Wonder" that offers inspired instrumentation but weak vocals. Another pair of tracks, from an obscure pre-Love Sculpture single, are interesting, but unremarkable pastiches of Beatlesque psych-pop.

More of a measure of Dave Edmunds' chameleon-like musical talents than a true artistic statement, Love Sculpture's Blues Helping is an obscure relic of an era past. The band would release a second, less bluesy and far less energetic album in 1969, and they would even score a hit in the U.K. with a speed-demon cover of the classical composition "Sabre Dance." Although he'd slap a bluesy lick into a song now and then throughout his lengthy solo career, Edmunds never quite walked the blues-rock path the same way again.
Still, Blues Helping is a rockin' collection of spirited blues covers with plenty of verve and more than enough guitar-wrangling to please even the most diehard Stevie Ray fan.

It's also a lot of fun, the band loose-limbed and brash in their musical aggression, playing off the power trio aesthetic with a recklessness and joy that they'd never find again. Edmunds' fretwork is a thing of amazement, and it makes one wonder what might have been if he'd followed Clapton down that lost highway towards the crossroads.
By Keith A. Gordon 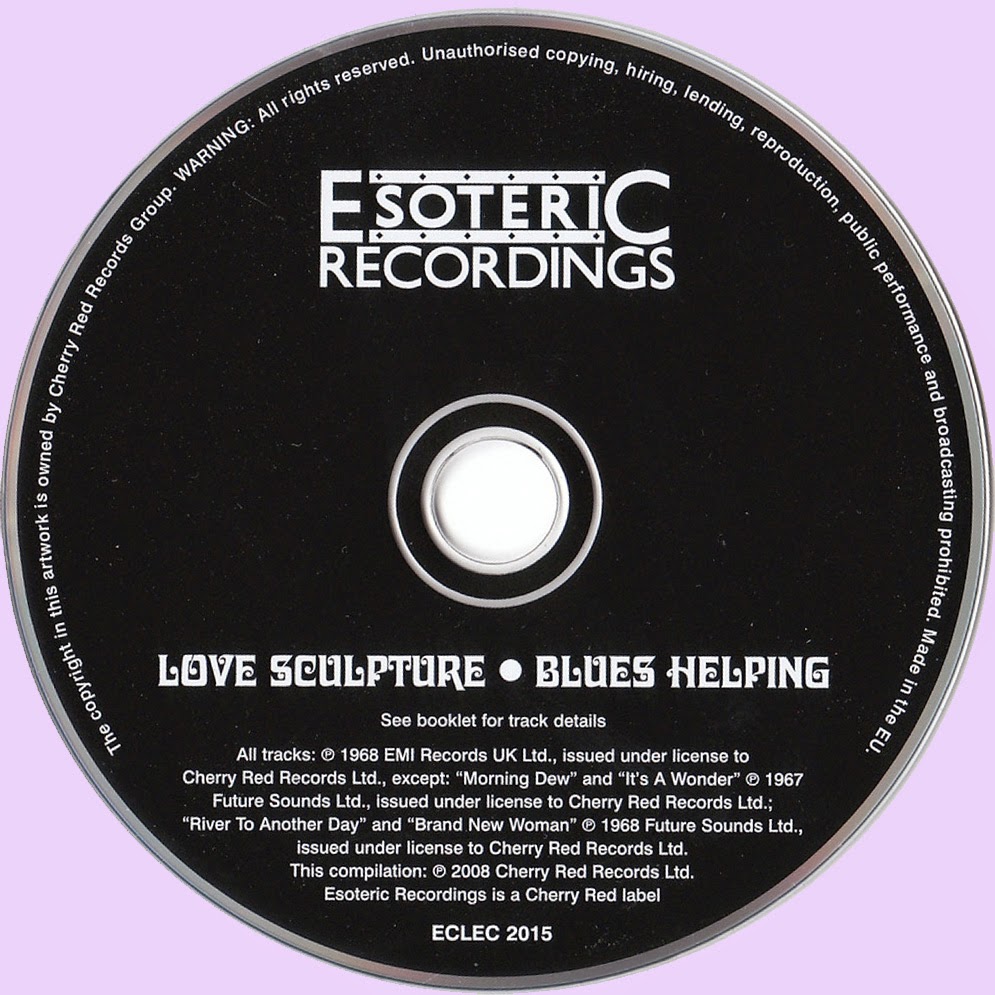