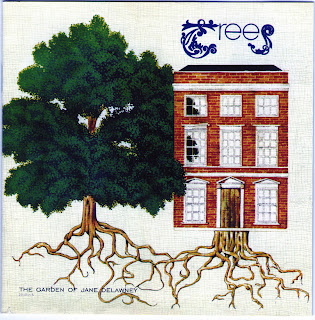 So much has already been written in an attempt to describe the music Trees play, and Trees themselves hope that they have now reached a degree of originality that defies the usual terms such as 'folk orientated rock.'

Melody Maker writes of them, 'Their depth of character causes the group concern over categories to the extent where they are cautiously rejecting the label of 'folk rock' while still clinging to the stable foundation of traditional material. Much of this is misunderstood in the hands of more staid folk figures, and it can only be hoped that Trees' visually contemporary image will encourage audiences to pay more attention to the lyrics'.

All one can do now is give a brief synopsis of Trees' past, tell you what they are doing at the moment and give you a quick glimpse of their future. Bias Boshell (bass guitar and keyboard), Unwin Brown (drums), Barry Clarke (lead guitar, acoustic guitar, dulcimer and mandolin), David Costa (Electric 12 string, acoustic guitar, dulcimer, and mandolin), and Celia Humphris (vocals) have always attracted a great deal of favourable attention from the press, in fact when they first formed, well before 'The Garden Of Jane Delawney' (their first album) was released they had a very good feature in Zigzag. Since then Trees have received a far wider press coverage, with features and interviews in all the leading music and 'underground' press, and also The Express, The Mail and The Times.

Despite all these good words being written about Trees, things haven't always been easy for them, not that they are for any new group, but they seem to have had more than their fair share of bad luck... Even when they first started playing together, their first public performance had to be cancelled because their van broke down 20 miles away from the gig, and David and Barry had to stay in the van all night to guard what little equipment they had.

However, things gradually improved, and Trees got some support bookings at the larger universities and colleges, and at the beginning of 1970 topped the bill for the first time at a folk concert put on by the St. Ives Art Festival, also receiving their first standing ovation.

The next major step forward in Trees' career was a bottom of the bill appearance at Queen Elizabeth Hall, appearing with Matthews' Southern Comfort in their first London concert. Although Trees playing time allowed them to do only four numbers, their performance brought them more acclaim than anything they had done to date, as most of the trade press were there. Karl Dallas, a leading expert on their type of music wrote of them 'Trees have a beautiful girl as lead singer, a lively lass who bends her rich voice round the complexities of folk ballads with increasing assurance, a hard rock guitarist and a folk-club-trained acoustic man, a good bass guitarist and a tasteful drummer... Trees are significant for a number of reasons. First, because in the persons of its three guitar-players it is introducing three virtually unknown artists on to the scene - artists who have an individual brilliance and collective rapport that is nothing less than phenomenal'.

Trees received more and more bookings, and luck seemed to be going their way, but they were to suffer another major setback. In the autumn of last year they had all their equipment stolen, and spent all the money they had earned, plus a lot more on some second-hand equipment, and carried on playing the best they could, for even their van was falling to bits. They have suffered the repercussions of this theft until very recently when they thought they had secured a reliable financial backer to a) expand the band, and b) buy new equipment. Unfortunately the backer pulled out in the middle of the university term, and Trees had to cancel some of their most precious gigs until the money was found to buy more instruments.

Don't think that this affected them as a group, for they have always been very close as people. Beat Instrumental sums them up very well: 'Trees are a tightly-knit group. They weren't assembled by some Svengali manager hoping to amass quick wealth, but had all been friends for some time when, all having musical experience and ambitions, they decided on becoming a band... The closeness also shows in the music. Trees songs are meticulously and precisely arranged, yet such is the sympathy between them that the whole thing seems as easy as pie. Anyone attempting to jam with them would be left helpless'. 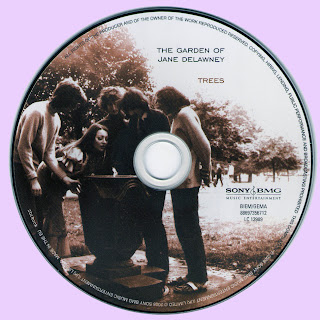 Free Text
Just Paste
Posted by Marios at 8:47 AM 8 comments: 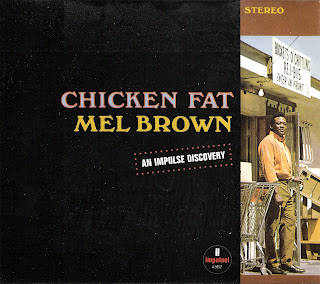 Mississippi-born, West Coast-based guitarist Mel Brown flexed his slinky fingers with blues god T-Bone Walker before going out on his own for this seriously funky 1967 session. The hot studio band here also includes versatile L.A. pianist Gerald Wiggins and none other than six-string legend Herb Ellis, who dishes up fiery exchanges with Brown on the backbone-slipping “Greasy Spoon” and the Down-South, down-home title cut. In addition to handling arrangements on the date, composer supreme Oliver Nelson (“Stolen Moments”) contributed two tunes; the tricky, frenetic “Anacrusis” and the wah-wah-covered “Hobo Flats.”

But it’s the blues that form the rich and juicy marrow of Brown’s soulful style, and Chicken Fat’s pair of late-night, down-tempo workouts—the sultry original “Home James” and the Ellis-composed “I’m Goin’ to Jackson”—will have you licking your lips with deep delight. Guitar chops meet pork chops on this gorgeous gatefold repress of the original Impulse! LP, one that’s sure to water the mouths of not only jazz and blues fans but of anyone who can’t get enough of that good ol’ raw, funky, Booker T.-style soul. Pass the sauce! 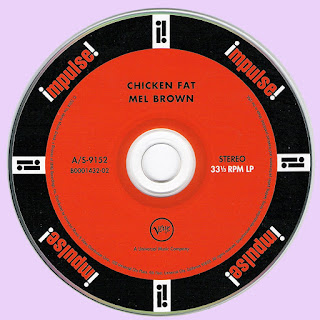 Free Text
the Free Text
Posted by Marios at 8:39 AM 6 comments: