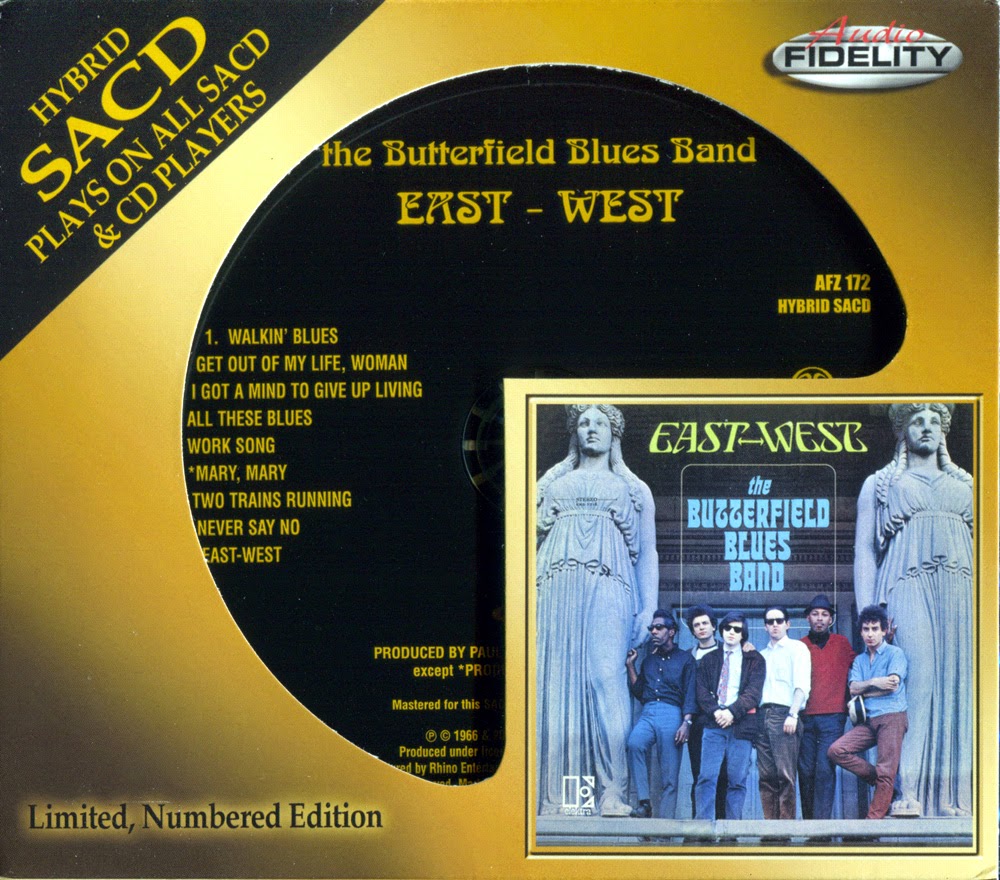 The legendary Butterfield Blues Band, led by vocalist/harmonica player Paul Butterfield, was a launching pad for many aspiring electric blues musicians back in the mid/late 1960s. East-West has long been considered one of their classic albums, originally released in 1966, and contains some stellar performances from two of the bands breakout stars, guitarists Mike Bloomfield and Elvin Bishop.

Along with keyboard player Mark Naftalin, bassist Billy Davenport, and drummer Jerome Arnold, The Butterfield Blues Band at this point were really peaking, this set containing 9 songs of blistering electric blues and a smattering of pop and jazz for good measure. Reissued here by Audio-Fidelity on the Hybrid SACD/CD format, you get sparkling clarity of this classic album that can be enjoyed on your SACD or standard CD player.

Comprised of shorter, upbeat blues/pop numbers as well as more extended, jammy tracks, East-West has something for everyone. "Work Song" is a blistering display of instrumental virtuosity, as Naftalin's smoky, Jimmy Smith inspired organ passages drift alongside some sizzling licks from Bloomfield and Bishop, with Butterfield's husky harmonica punctuating things quite nicely. The slow blues of "I Got a Mind to Give Up Living" displays the power and emotion of this band, while the heavier "Mary, Mary" sees them taking on some of the rock 'n' roll influences that were popping up all around them at the time.

Upbeat, shuffling blues can be heard on "Walkin' Blues", "Get Out of My Life Woman", and the rousing "Two Trains Running" (stinging guitar work on this one), while the 13-minute title track combines blues, jazz, Middle Eastern themes and Latin rhythms for an exciting adventure that again shows the talents of the band as soloists. Some truly remarkable guitar solos from Bloomfield and Bishop on this one.

East West is an album that influenced a whole generation of bands and musicians who came after it. Amazing audio clarity to go along with some sensational guitar playing makes for an impressive combination!
by Pete Pardo 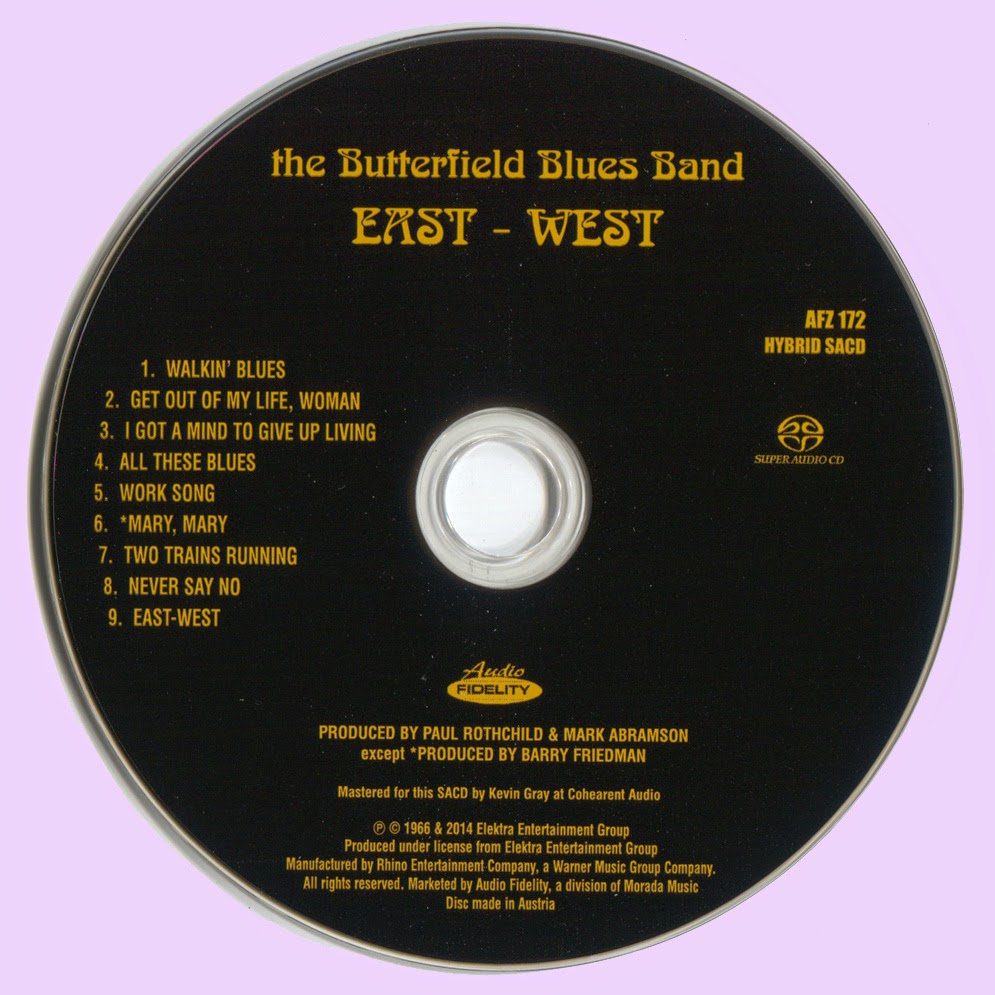