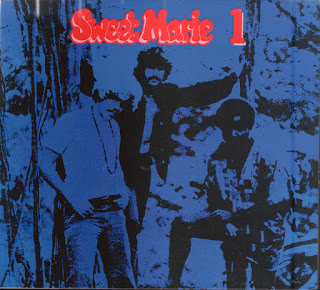 By the mid-'60s singer/guitarist Sonny Lathrop had made a minor name for himself as a member of Mickey and The Invaders and The Starfires (see separate entries).  Along with a wave of other California-based acts (Merrell Fankhauser, Jimi Hendrix, Quicksilver Messenger Service, etc.), the late-'60s found Lathrop living and working in Hawaii.  Teaming up with drummer Willy Bims and singer/bassist Prince Teddy, as Sweet Marie the trio began to attract local attention, eventually being signed by the small California-based Yard Bird label.

The band made their recording debut with the 1970 single "Remember Mary" b/w "Don't You Understand?" (Yard Bird catalog number YDB-70-1314), and seemed poised on the edge of success when Liberty Records acquired national distribution rights, reissuing the 45 (Liberty catalog number 56215).  Unfortunately, the single vanished without a trace.  In the meantime, Yard Bird financed an album.  Recorded in Honolulu, Hawaii 1970's self-produced "Sweet Marie 1" offered up a great slice of guitar-propelled rock.  Interestingly, splitting vocal chores, Lathrop and Teddy provided the band with the ability to handle  distinctively different styles.

Regardless of who was handling vocals, the material was peppered with some first rate guitar (check out the jazzy "Goin' Down the Road").  Now the bad news.  While they may have been one of the best bands in Hawaii, little on the album was particularly original or innovative.  It's a good, if somewhat pedestrian rock set that you're liable to like if you enjoy Hendrix.  As for dealers that are advertising it as being psych, or progressive ... nope!  Signed to a small label such as Yard Bird guaranteed limited sales, though the band apparently made enough money to buy a nightclub on the island of Oahu.
Bad-Cat 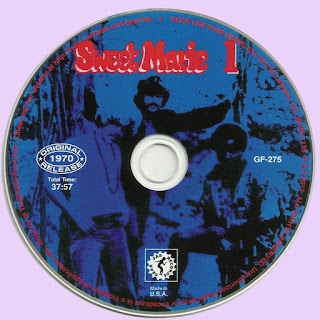 Free Text
Just Paste
Posted by Marios at 4:29 AM 8 comments: