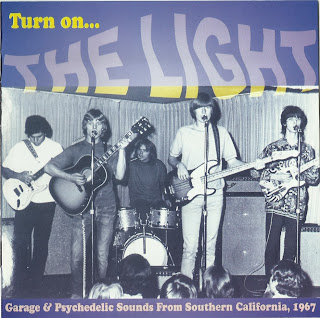 Bass player/vocalist Pete Samson and lead guitarist Bob Anglin were both part of the Northside Moss, but by early 1967 were looking to start something new. At the same time, the Bush were beginning to fall apart after a two-year run as the region's most popular act. Samson and Anglin approached the Bush's Greg Eckler about joining forces, and after some complicated finagling the first lineup of the Light came together around March of 1967, with Pete Samson on lead vocals and bass, Bob Anglin on lead guitar and vocals, Greg Eckler on rhythm guitar and vocals, and Brent Cartwright (also from the Bush) on drums.

Mark I of the Light never quite gelled, but stuck together long enough to record an eight-song demo for Capitol Records in April 1967. Soon afterwards Brent left, Greg moved to drums (his primary instrument before joining the Bush) and the Bush's charismatic front man, Steve Hoard, came in to share the lead vocal slot and play rhythm guitar.

This second line up soon attracted the attention of Music Machine producer Brian Ross, who scored the group a single deal with A&M Records on the strength of the melodic Samson-Anglin composition, "Music Box." The single (a Jekyll and Hyde pairing with the fuzz-guitar monster "Back Up" on the flip) was released in September 1967 and "Music Box" quickly became a huge local hit.

By this time, though, the Light's sound had transformed yet again with the addition of a second lead guitarist, 17-yearold Joe Casados, previously of the Peasants. The band now had a three-guitar line up- two lead, one rhythm- in addition to their four strong vocalists and songwriters, a similar format to the Buffalo Springfield or Moby Grape, but with the dueling guitar artillery of the Beck-Page Yardbirds.

With this third lineup the Light finally reached the full, white-hot potential of their combined talents. The recently unearthed studio and live recordings on this CD attest to the phenomenal chemistry between the musicians- Anglin and Casados in particular- as well as the strength of their songwriting.

Unfortunately, just as they were reaching their musical peak the Light fell apart. Feeling marginalized within the band, and with major problems shaking his personal life, Pete Samson decided to quit towards the end of 1967. The other four continued briefly as White Pepper, bringing in Dave Hoard (Steve's younger brother and another ex-Bush member) on bass, but broke up after just a few gigs. Bob, Greg and Steve eventually regrouped under the name Cock Robin, and continued to work together, on and off, for several more years. (Steve also spent some time in England in 1969, fronting a revived lineup of the Misunderstood.)

Meanwhile, Pete Samson traded his bass for a guitar and teamed up with a local Fontana musician, Sammy Hagar. The duo recorded a single for Ranwood Records in early 1968 before going their separate ways. Samson then embarked on a long, troubled but sporadically productive solo career. Greg Eckler worked with him occasionally during 1968-70, including a demo recording of one of Pete's most hauntingly poignant compositions, "Die Another Day," which we've chosen to use as the closing track for this CD.

Sadly, Pete passed away on February 5, 2006. This collection is dedicated to his memory.
by MikeStax, June 2007 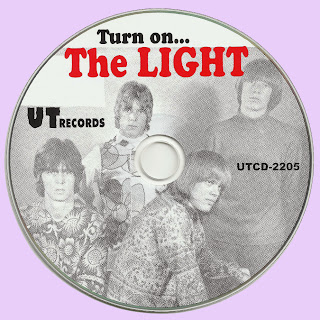