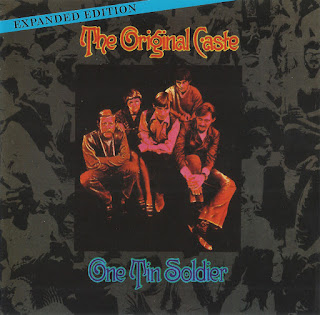 The five-member band grew out of the Calgary folk trio The North Country Singers, formed in 1966 by songwriter and guitarist Bruce Innes (b Calgary 7 Jan 1943). They moved to Vancouver and added the singer Dixie Lee Stone (b Moose Jaw, Sask 14 May 1946), who married Innes. After playing western Canadian and US coffeehouses and resorts, in 1969 they signed with Bell Records, adopted a pop sound, and changed their name to The Original Caste. Their first release with Bell was the 1969 pop LP The Original Caste (Bell TA 5003), from which the moralistic tale "One Tin Soldier" (written by US producers Dennis Lambert and Brian Potter) became a No. 1 gold record in Canada and Japan, was No. 1 in several US cities, and reached No. 34 on the US Billboard charts in 1970. Also from this album, "Mr Monday" hit No. 3 on the CHUM charts in May 1970, was No. 1 in Japan, and sold over 2 million copies.

At their peak, the band was based in Los Angeles. They toured North America and Japan, performed with Glen Campbell and B.B. King, and made television appearances, including on Denny Doherty 's CBC TV show in 1978. Additional releases included several singles 1970-1, which fared less well, and two Live in Japan albums (Bell 1971). After the band's dissolution in 1972, Bruce and Dixie Lee Innes continued to perform as The Original Caste, releasing the country-influenced album Back Home (Century II/Capitol ST 17004, 1974), arranged by Tommy Banks and recorded in Alberta. Bruce Innes continued to perform under the band's name through the early 2000s.

"One Tin Soldier" was given a BMI award. A cover version performed by the US band Coven was featured in the 1971 film Billy Jack. In 2003 CHUM radio banned The Original Caste version and other anti-war songs, despite its having reached No. 1 on the CHUM chart in December 1969.

The Original Caste's trademark early sound was polished, uncomplicated pop, made remarkable by Dixie Lee Innes's rich, strong voice and heartfelt delivery. The band was among the earliest Canadian groups to be heard internationally.
by Betty Nygaard King

Following some musical work in the US, and the completion of his formal education at the University of Montana, Bruce Innes finally returned to Calgary, and began performing in a small renowned coffee house called The Pig's Eye at the same time as undiscovered performers like Joni Anderson (later to be Joni Mitchell) and David Wiffen. Using this as a performance base, he formed The North Country Singers with Graham Bruce (bass) and Joseph Cavender (drums). Innes saw Dixie Lee Stone performing there as well and soon asked her to join the ensemble. The group headed out on a cross Canada tour, swinging down into the US where they picked up Portland, Oregon native Bliss Mackie as second guitarist eventually landing in Los Angeles and changing their name to "The Original Caste".

Through Innes's former label, Dot Records, they recorded two singles including "I Can't Make It Anymore" (1968) which was less than a blip on the music industry radar. However, after signing with TA Records, a label distributed by Bell Records (Columbia), in 1969, Innes met writers Dennis Lambert and Brian Potter, who would produce The Original Caste’s first album.

They struck pay dirt after releasing the duo's "One Tin Soldier" that same year. The song made No. 6 on RPM Weekly chart and No. 34 on the Billboard Top-40 and went to #1 on the CHUM Chart.

They charted even higher with "Mr. Monday" which hit No. 4 on RPM Weekly's chart and No. 3 on the CHUM Chart in Canada. The two singles combined, worldwide, sold over three million copies. Despite the failure of "Mr. Monday" to chart in the US, they landed opening slots for the likes of BB King and Glen Campbell south of the border and made numerous TV appearances.

"One Tin Soldier" had a revival of sorts in 1972 when it was featured in the movie 'Billy Jack', however it was not the Original Caste on the soundtrack but rather American band Coven featuring singer Jinx Dawson. The singles made another round at radio and had significant sales after being re-issued.

The husband and wife team of Dixie Lee and Bruce Innes would record together and as solo artists as a continued extension of their Original Caste recording contract through Bell.

With switch to Century II Records out of Canada, the new four-piece version of the group (now with Gary Carlson on bass and Tom Doran on drums) released the 'Back Home' album in 1974.

The new version of Original Caste toured into the late 1970's. When the band made its final split in 1980 so did the Innes'; Dixie remarried and became a social worker; Bruce began jingle and film score work, remarried and moved to Washington. He currently lives in Idaho. In 2000 Bruce Innes produced country artist Brenn Hill utilizing the help of veteran country/folk singer Ian Tyson; Mackie died in 2004; Joe Cavender now resides in Seattle, Washington; Carlson now resides in Bellevue, Idaho; Coats now resides in Sandpoint, Idaho.

With the release of 'The Best Of The Original Caste' in Japan in 2005, another revival of the act returned with a line-up headed by Bruce Innes and Cheryl Morrel on vocals.

In 2008 Innes, with new vocalist Jilla Web, a featured artist with Las Vegas show "Superstars Live In Concert," re-recorded "One Tin Soldier" with the Nashville Children’s Choir. A new CD is planned. Innes and Web) can be seen in concert in theaters across the US performing their highly acclaimed traveling show 'One Tin Soldier Rides Again'.
Museum of Canadian Music, with notes from Bruce Innes 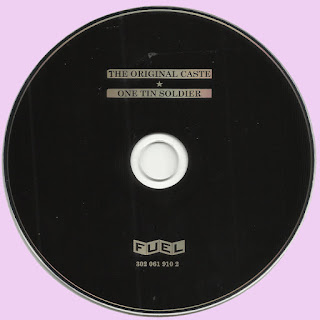