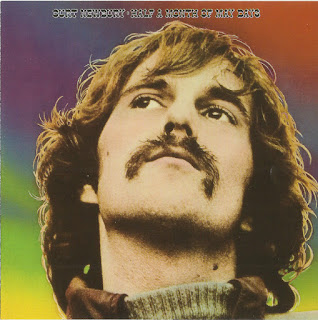 Curt Newbury was born and raised in Texas, but while one can hear traces of his Western heritage in his voice, his sole album, 1970s Half a Month of May Days, is an archetypical example of West Coast singer/songwriter-oriented country-rock in its formative stages. Half a Month of May Days features several members of the celebrated psychedelic group Kaleidoscope backing Newbury, and though these sessions lack the sense of trippy adventure that marked that band's best work, Newbury's elliptical wordplay and gently loping melodies mesh nicely with the chiming guitars, fiddles, and organ lines of the studio band, and they turn these tunes into something truly memorable.

Newbury's songs sometimes sound poetic in all the worst ways, but while there are a few flashes of nearly terminal pretension here, most of the time Newbury has the good sense to reign himself in, and his broad celebrations of women, good times, and the mysteries of the universe (as well as decrying the war in Vietnam that was still raging) are well served by his ambitious phrasing and strong, supple tenor voice. And given Newbury's later career as a photographer specializing in glamor shots of teenage models, "Let's Hang Some Pictures Tonight" sounds more than a little prescient. Half a Month of May Days is a good bit short of a lost masterpiece, but it's certainly the work of a talented artist who was well-served in the studio as he was working out a rather ambitious musical vision, and folks with a taste for the acid-tinged side of country-rock will find it well worth investigating.
by Mark Deming 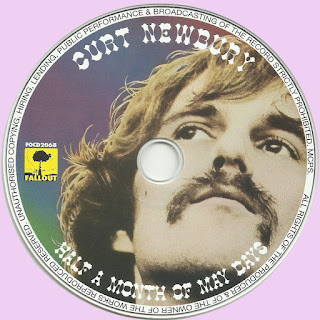 Free Text
the Free Text
Posted by Marios at 11:13 AM 2 comments: