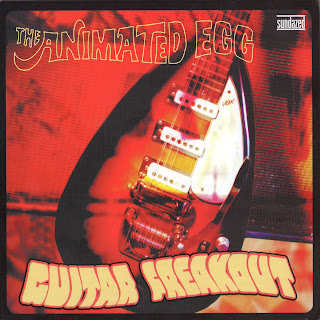 In the 1960s, Jerry Cole was one of America's most prolific guitarists, turning his hand to surf music, rock, country, jazz and blues and playing on sessions for Brian Wilson and Phil Spector. He would replace less proficient group members at recordings, making the acts sound better than they were.

He was born Jerald Kolbrack in 1939 in Wisconsin and was raised in Chicago, which had a thriving blues scene. As Jerry Cole he joined the Champs, who recorded the million-selling instrumental "Tequila" (1958). A few years later, he and another Champ, Glen Campbell, decided to try their luck as session guitarists in Los Angeles.

Bobby Darin recommended Cole to Capitol Records and he made a succession of instrumental albums as Jerry Cole and His Spacemen, starting with Outer Limits (1963), a combination of surf and space-age music. Capitol tried Cole as a vocalist but it was decided his voice was not strong enough.

With such big names as Hal Blaine (drums) and Larry Knechtel (keyboards), Cole was part of the Wrecking Crew, Phil Spector's session band, and is featured on the Ronettes' "Be My Baby". He is heard on the familiar records of the Byrds ("Mr Tambourine Man"), the Dixie Cups ("Chapel of Love"), Them ("Here Comes The Night") and Paul Revere and the Raiders ("Kicks"). The producer Lee Hazlewood also used him for several Nancy Sinatra sessions, including "These Boots are Made for Walkin'".

As a studio guitarist, Cole had residencies in numerous television series including Shindig!, Hullabaloo, The Sonny and Cher Show and Rowan and Martin's Laugh-In. He made a score of low-budget, but still technically proficient, instrumental LPs which were sold in supermarkets under a variety of names. Cole worked on the road for Andy Williams for three years and Roger Miller for five.

In 1966, Brian Wilson recorded the backing tracks for Pet Sounds while the other Beach Boys were on tour, and Cole played on "Wouldn't It Be Nice" and "Sloop John B". He was also used on the Beach Boys album 15 Big Ones (1976), which was around the time he was working with Phil Spector on Dion's mesmerising Born To Be With You.

When psychedelia was coming in, he recorded several albums in this style including The Animated Egg (1966). He played on the blues album Sonny Terry and Brownie McGhee and the Aloha From Hawaii television special with Elvis Presley, both in 1973, and worked as a studio musician with Dean Martin and Frank Sinatra.

In 2006, Cole returned to surf music with the album Back to the Boards. Last year, he was recording again with Brian Wilson.
by Spencer Leigh

In January 2008 Jerry Cole heard The Animated Egg for the first time since he recorded it in Los Angels some forty years earlier " we made a damned good record" he said.  Five months later on May 28th 2008, he passed away, went on the big trip to meet again with his buddies in heaven's Great  Band. 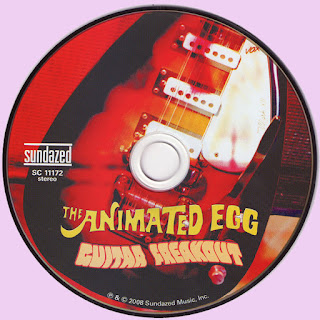 Free Text
the Free Text
Posted by Marios at 9:12 AM 15 comments: