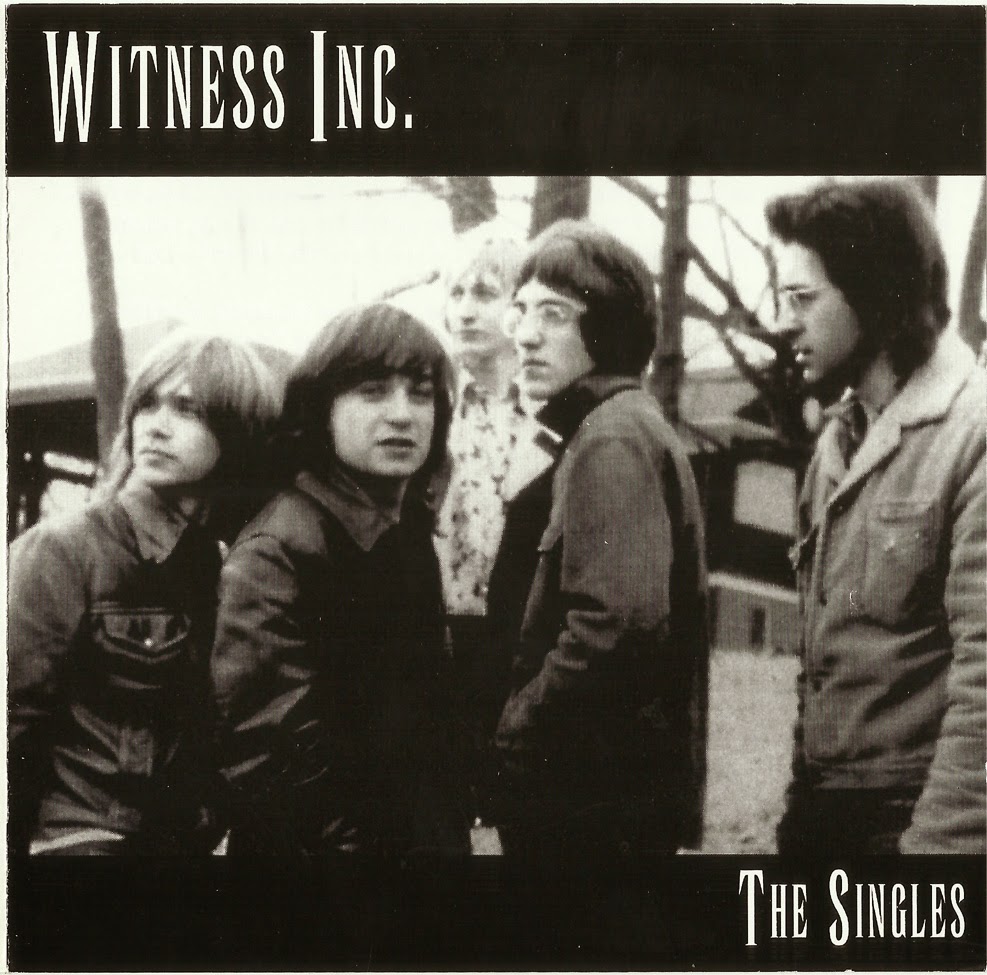 Saskatoon's Witness Inc. was formed in 1967 by singer Kenny Shields with high school friends Les Bateman on organ, Ed Clynton on guitars, bassist Allan Ayers, and drummer Dave Tupper. But before long Bob Walker had replaced Ayers and Derry Stewart had replaced Clynton. The band continued playing the prairie circuit when they caught the attention of Apex Records executives. They were taken to a local studio where they recorded several tracks to fuel their tours.

"I'll Forget Her Tomorrow," backed with "Girl Before You Go" were light-hearted pseudo-psychadelic numbers that did better than the follow-up "Jezebel," which featured "Not You Girl" as the b-side. Two more singles were released a year later, psychadelic covers of the Motown classics "Harlem Lady" b/w a haunting version of "I Put A Spell On You," and "Visions Of Vanessa" b/w "Another Side Of Her." Throughout the band's recording days, the only constants were Shields as the frontman and Bateman on organ. The revolving door continued, and the lineup featured Craig Kaleal replacing Tupper on drums, Bruce Dagenhardt briefly replacing Walker on bass, only to see Walker back in seemingly overnight. Steve Boddington replaced Stewart on guitars, only to see Stewart come back.

By 1969 the band was Shields, Bateman, Bruce Dagenhardt, Derry Stewart, and Bob Ego on drums. They recorded a cover of Allan Ayers' "So Come With Me" and "I've Got To Go" that year, but still only managed limited success outside the prairies and central Canada, although they did make a couple of trips to the east coast. Following a devastating car accident that fall that nearly claimed his life, Shields quit the band while undergoing extensive therapy and rehab. The band carried on, replacing him with Greg DeLaronde early in 1970. He too was replaced before long by Arnie Guzyk, who was also shown the door practically overnight. Meanwhile Don Johnson had been added as a second guitarist, and original guitarist Stewart was replaced by Terry Thomas.

Bateman, Ego and Walker relocated to Edmonton, where they hooked up with vocalist Ed Kilbride. They added Larry Chalmers and Bill Hardie on guitars, but other than a few appearances on a CTV variety show eminating from Calgary and Edmonton, failed to make a go of it. Confused yet? So was everyone else, and the band unofficially called it quits in early '71.

In 1975, Shields was back and reformed the band he'd started. This time the lineup was totally revamped, with only him as a returning member. The new twin-guitar attack featured Bob Deutscher and George Martin, Ken Sinnaeve was brought in on bass, Kaleal was brought back on the skins, and Daryl Gutheil was the new keyboardist. Before long though Shields got back in touch with Ego, who replaced Kaleal as the drummer. But times had changed, musical tastes in the buying public had changed with them, and Shields was unable to recapture the magic. He soon closed the book on Witness Inc, and formed Streetheart in 1976, which also featured Sinnaeve and Gutheil. Ego would go on to join Painter, Paul Hann and Mavis McCauley (ex of One Horse Blue) and do session work for a number of performers. He then reunited with Shields et al in Streetheart in 1979.
Canadian Bands 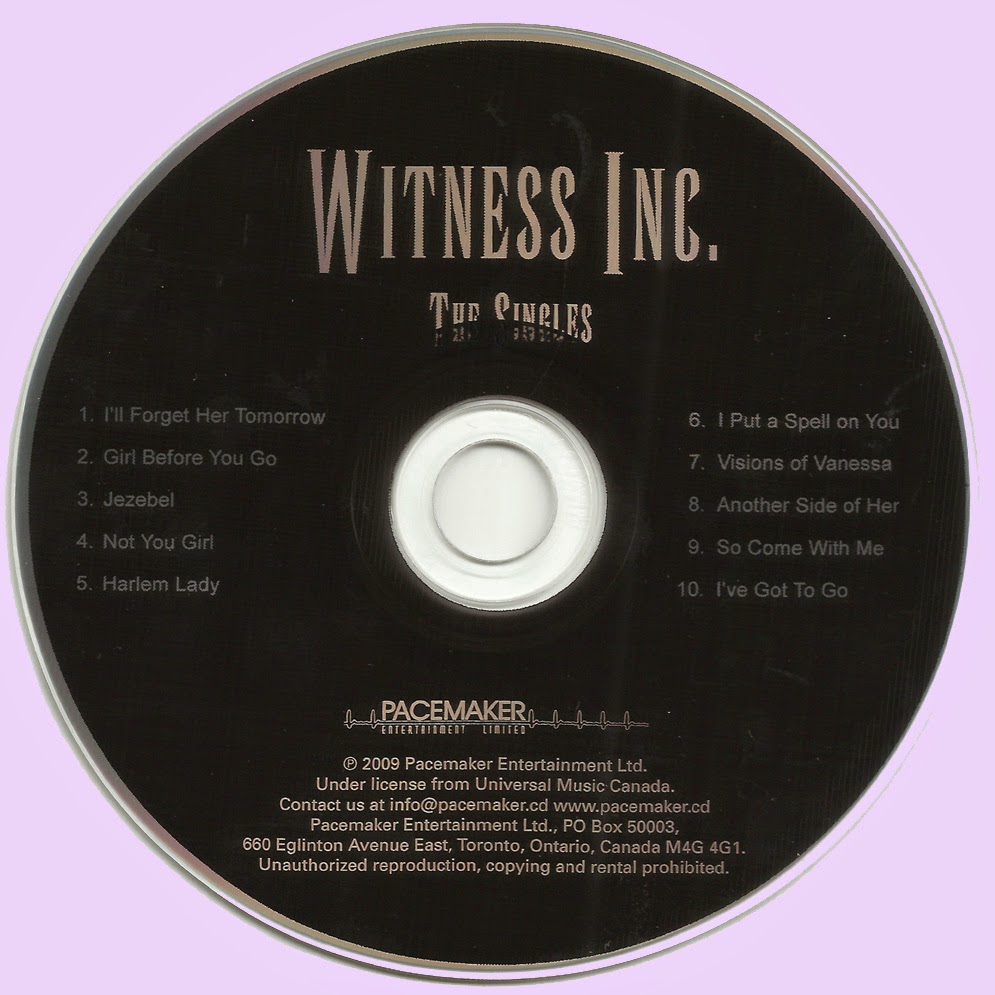