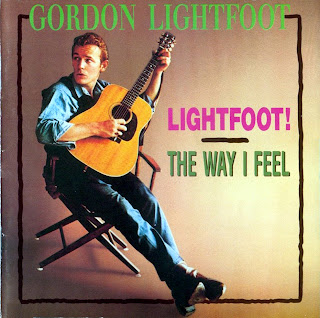 Gordon Lightfoot was born on November 17, 1938 in Orillia, Ontario, Canada. His parents recognized and encouraged his interest in music; his first appearance as Massey Hall in Toronto, now a revered standard in his tour schedule, was just before he turned 13, as the winner of a competition for boys with unchanged voices.

After a background in barbershop quartets, and as a member of a duo, Lightfoot struck out on his own in the early 60s. He had written perhaps 75 songs, when he was caught up in the country music scene and folk revival of the time; Bob Dylan's music and a song by Merle Travis, Dark As A Dungeon, combined with his sensitivity, inventiveness and beautiful voice, resulted in his unique songwriting and singing style. In less than two years, between late '61 and some time in 1963, his sound and his life changed forever.

Lightfoot was already 27 at the time of his solo debut, which might have accounted in part for the unusually fully developed maturity and confidence on this recording, in both his songwriting and vocals. Contains some of his best compositions, including "Early Mornin' Rain," "I'm Not Sayin'," "The Way I Feel," "Lovin' Me," and "Ribbon of Darkness." At this point Lightfoot was still including some covers in his repertoire, and he handles numbers by Phil Ochs ("Changes"), Ewan McColl ("The First Time Ever I Saw Your Face"), and Hamilton Camp ("Pride of Man") well. The whole album is included on The United Artists Collection.

Lightfoot had used additional guitar and bass on his debut, but for his second LP he went for a fuller band sound, using a couple of the noted Nashville sessionmen (Charlie McCoy and Ken Buttrey) who had played on Bob Dylan's Blonde on Blonde. The result was a brighter and more accesible sound, with the country elements more to the fore. The songs weren't quite as impressive as his first batch, but they were still very good, highlighted by the epic "Canadian Railroad Trilogy" and an electrified remake of "The Way I Feel." The whole album is included on The United Artists Collection.
by Richie Unterberger 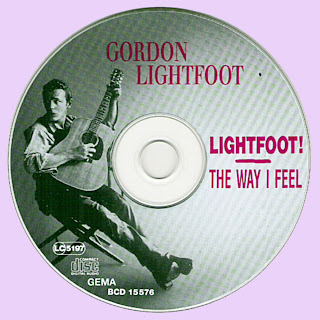