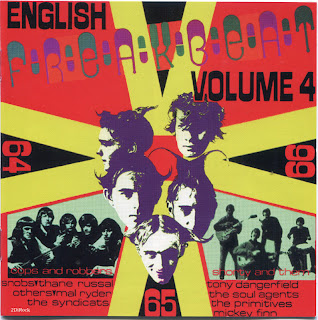 Issued in 1989 on LP, and on CD in 1997 with all fourteen original tracks intact, plus nine additional bonus cuts. The obscure mid-'60s British R&B here ranges from the generic to the truly exciting, like Thane Russal's Them-like cover of Otis Redding's "Security," and the Clique's pop-punk "She Ain't No Good," and the Syndicats' "Crawdaddy Simone," which has some of the most demented rock guitar of the mid-'60s (although the version here is of lower fidelity than ones that have appeared on other anthologies). Other highlights include the Sons of Fred manic rockabilly-R&B hybrid "I'll Be There" (with some of the zaniest guitar lines to be found on any British Invasion single) and Cops & Robbers' "You'll Never Do It Baby," which was covered by the Pretty Things.
by Richie Unterberger 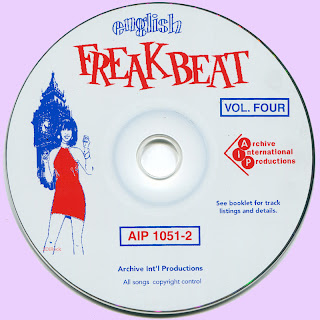 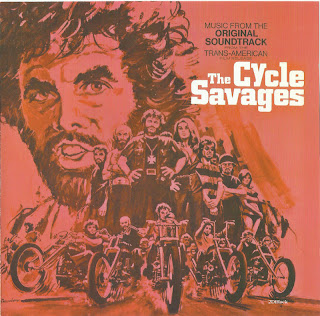 Written and directed by Bill Brame (who usually served as an editor on TV shows such as Star Trek), this exceptionally violent biker movie concerns a Los Angeles gang named Hell's Chosen Few that kidnaps, drugs, rapes and sells women into a Las Vegas prostitution ring. It stars an intense Bruce Dern as their sociopathic ringleader, Keeg, who at one point orders a sensitive artist named Romko (played by Chris Robinson, later to star in TV soap The Bold & The Beautiful) to have his hands crushed in a vice, for the sin of having sketched his cohorts while the smashed up a hamburger joint.

As well as Melody Patterson as the female lead Lea, it somewhat oddly features co-producer and famed DJ Casey Kasem in a cameo role as Dern's brother. Critical response was unenthusiastic, with the New York Times remarking that 'there's a plethora of senseless beatings, torture, love making and robbery, to say nothing of a gang rape before these crackpot cyclists are unseated or killed,' while Leonard Maltin dismissed it as nothing more than 'sadism and torture galore'.

Its rare soundtrack appeared in early 1970, and is best-remembered for featuring rare tracks by two cult psychedelic rock bands, Orphan Egg and The Boston Tea Party. The former (who came from California) were involved because they'd won the Vox Band Battle For Stardom (held at a Simon & Garfunkel gig at Forest Hills in August 1967), the prize for which was 'a guaranteed film contract with American International Pictures and an all expenses paid trip to Hollywood'.

Their sole album appeared in June 1968, and contained three tracks also included here (the exception is We Have Already Died, which was presumably taped at the same time, though Falling is offered in a different mix). The Boston Tea Party, meanwhile (who were also from California) had an album of their own out in 1968 too. Of their tracks, Chained To Your Heart is exclusive to the Cycle Savages soundtrack. 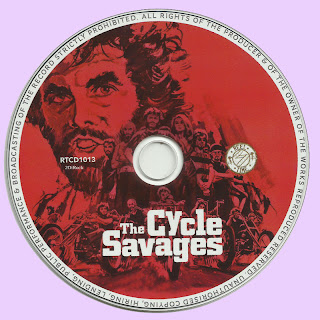 Free Text
Text Host
Posted by Marios at 8:12 AM 14 comments: