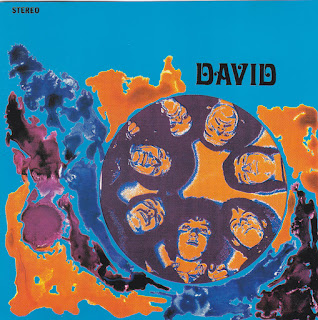 David began in 1963 when guitarist Fran Webster joined four other musicians in Colllingwood, Ontario, Canada and formed "The Marcatos", playing a unique combination of music which included rhythm and blues, Beatles, Tijuana brass, and top 40. The group matured and changed personnel by the time they recorded their first 45 "Let Me Love You, Baby" and "I Really Think A Lot Of You". The Marcatos hired Fran's brother John in 1964 and in January 1966 they moved to Toronto. At that time, bassist Bill Szekeres, trumpet player Ted Grimes, drummer Tony Lecaillon, trombone/keyboard player Cliff Snyder, and singer Debbie Kelly all joined the band. Their live appearances were drawing record breaking crowds during their southern Ontario bar circuit by 1967.
In 1968, they recorded the "David" album at Sound Canada Studios and the LP received significant airplay on Canada's largest FM station "Chum FM". It was at this time the band had started negotiations with the manager of The Kinks, but the pressures of the time were tremendous and the group disbanded shortly thereafter. Debbie Kelly lives with her family in Houston, Texas and still loves to sing. Teddy Grimes, after many recordings of his own compositions, died of a heart attack in 1995, a truly brilliant Classical trumpet player and singer. Tony Lecaillon lives in Mississauga, Ontario with wife and 2 children, where he runs his own computer business and still plays jazzy music with his V drums.
Bill Szekeres lives in Bradford. Ontario with his wife and 5 children where he teaches European History at the University of Waterloo. Cliff has published 3 books and still plays keyboard and trombone incredibly well. John Webster, Master guitarist, trumpet player, banjo picker and bass player died of cancer in 1996. Fran Webster lives in Creemore, Ontario with his wife and 2 children where he sells Real Estate. He and his wife still play in a band with Cliff.
Liner-Notes, January 2001 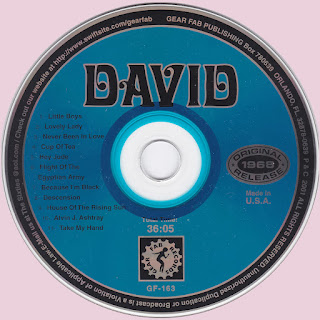 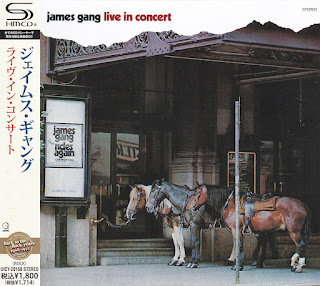 During the band’s tour to support their third album, Thirds, the James Gang stopped off at Carnegie Hall and recorded this album. It would turn out to be the last official album with Joe Walsh, who left at the end of the year to make his own albums. The original performance from May 15th was edited down to a handful of tracks, which included the expected (“Walk Away”) and the unexpected (an 18-minute version of The Yardbirds’ “Lost Woman”).
An album that starts with Stop is probably a sign of things to come. The song originally appeared in an extended jam version on Yer’ Album. Here, it gets a tighter treatment that totally rocks, with outstanding performances from all three members. For a moment, you have the impression that you’re listening to one of the great power trios. A cover of Albert King’s You’re Gonna Need Me, which hadn’t previously appeared on any James Gang elpee, puts the spotlight on Joe Walsh, where it remains for most of the evening. Walsh’s psychedelic guitar solo is just amazing. This and the guitar solo on Lost Woman are highlights on the album. Walsh switches to the Hammond organ for the next two songs, Take a Look Around and Tend My Garden. A trio of bass, drums and organ is a bit of a stretch, but they show off the band’s more thoughtful side. Ashes, the Rain and I appears in an edited version at the end, with Jim Fox trading in his sticks for strings.
The second side features only two tracks: a hit and a head trip. Their live version of Walk Away lacks the contained energy of the original, but the extended version of “Lost Woman” is a treat. Walsh and Fox both turn in great performances and Dale Peters at least plays loud. But the song also underscores what was wrong with the James Gang: Walsh carried an unequal weight. By the song’s end, the band is reduced to making silly noises to keep things interesting. I’m pretty sure Jimi Hendrix never made any fart noises during his performances.
James Gang were a very good live band, and that’s plain on Live In Concert. If it’s not their most timeless record, it’s hard to condense a 90+ minute show into forty minutes without losing something.
by Dave Connolly, June 7, 2020 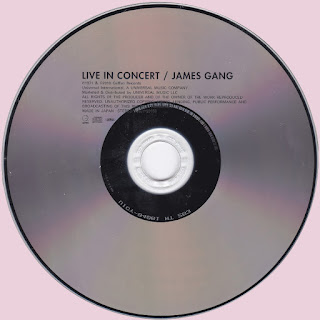 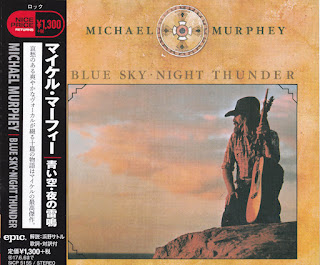 Blue Sky - Night Thunder is one of the great albums completed by cowboy singer Michael Martin Murphey in the '70s, when he was simply known as Michael Murphey and his career was just beginning. He wrote or co-wrote every song on this recording. Fans will find many of their old favorites on this gold album, including his big hit "Carolina in the Pines" and maybe his most popular song of all time, "Wildfire." This album originally appeared on the market in 1975, but was re-released on compact disc in 1990.
Murphey first drew plenty of public attention as a songwriter, and earned a name for himself writing songs for country singer Kenny Rogers. Murphey was soon rubbing elbows with artists like John Denver and Willie Nelson. Listeners will spot the influences of many singers on Blue Sky - Night Thunder, but that doesn't cover the sound and talent of the main man behind each song, Michael Martin Murphey.
by Charlotte Dillon 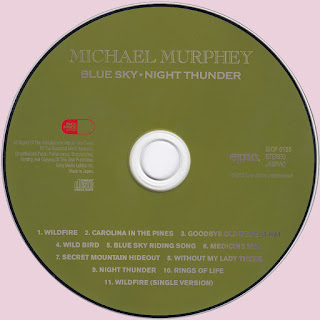 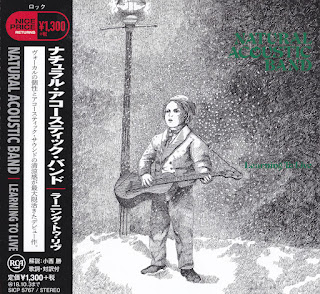 Natural Acoustic Band was formed in 1969, in Milngavie, Glasgow, Scotland. There were a number of personnel changes but the essential line-up was Tom Hoy (b. 5 February 1950, Glasgow, Scotland; guitar, vocals), Robin Thyne (b. 1 November 1950, Newcastle Upon Tyne, England; guitar, vocals), and Krysia Kocjan, pronounced Kotsyan (b. 10 August 1953, Craigendoran, Scotland; vocals). Kocjan had a Polish father and a Flemish mother. The group played their first gig on 5 November 1969, at Alloa Working Men’s Club. Eventually, the press picked up on Kocjan’s vocal talent, and they were increasingly billed as the Natural Acoustic Band, featuring Krysia Kocjan. Occasionally, the group was augmented by a Chinese drummer and an Australian bass player, a truly international line-up. Their two albums for RCA Records, were both released in 1972; Learning To Live in May, andBranching In in October. Kocjan left in late 1972, and Thyne and Hoy continued to work with Joanna Carlin. She then left to pursue a solo career, and is now better known as Melanie Harrold.
Thyne and Hoy continued as a duo, until the latter joined Magna Carta in 1975, initially as a sound engineer but eventually as a full-time member of the group. Thyne followed his former bandmate to Magna Carta in 1977. In 1979, both Hoy and Thyne left and formed Nova Carta, recording the sole album, Roadworks, for CBS Records, in Holland. Kocjan released a solo album in 1974, and has since worked with Al Stewart, Ray Davies, Robin Williamson, Mike Heron, and Glenn Yarborough. Now living in the USA, Kocjan is still busy with session work, and voice teaching, and has plans to record again. Thyne continues to work in a solo capacity, while Hoy works in a duo with his wife Geraldine as Tom And Gerry.
AllMusic 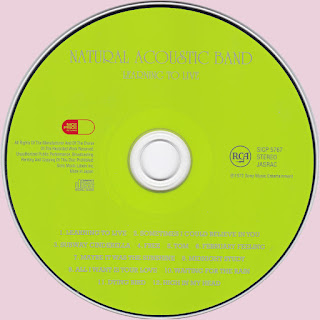